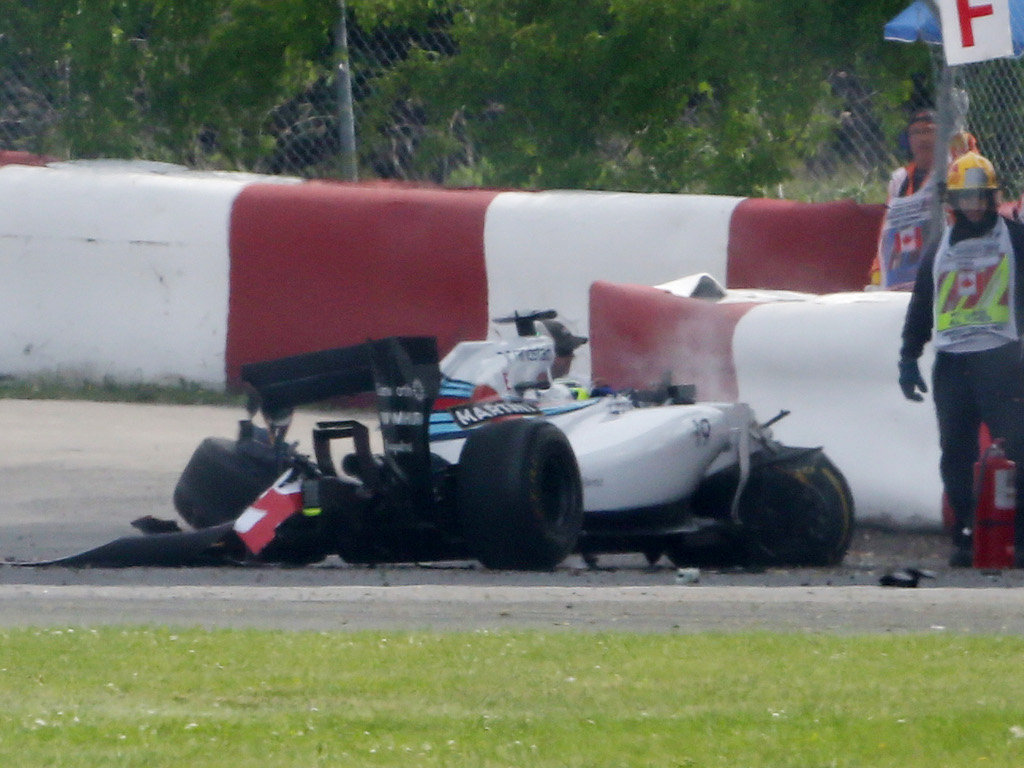 Felipe Massa has been taken to a local hospital for “precautionary checks” after a late crash in Sunday’s Canadian GP.

The Williams driver was fighting at the front of the field in Montreal and on the penultimate lap made a move on Sergio Perez.

Massa hit the back of the Force India, sending both into the barriers.

Suffering a heavy impact, the Brazilian was taken to the track’s medical centre and has now gone to hospital for more checks.

Williams, though, have reported that he is okay.

“Felipe OK but after checks at the medical centre he has been taken to hospital for further precautionary checks due to the heavy impact,” said the team.

Williams head of vehicle performance Rob Smedley has revealed that Massa’s impact with the barriers was a staggering 27Gs.

“Felipe Massa has been checked out in the medical centre and doesn’t seem to be having many problems,” he told the BBC. “There was 27G in the car so it was a high impact and he has now gone for precautionary checks. He is fairly miffed at the moment.

“With Felipe, we were not looking too bad. We were on for chasing Sergio Perez which would have got us up to fourth but we couldn’t get at the Red Bulls. We had some problems with Valterri Bottas.

“You look back at what you have done badly and we will make sure we don’t do it again. We will pick ourselves up and dust ourselves off. We have a good car and are heading in the right direction.”