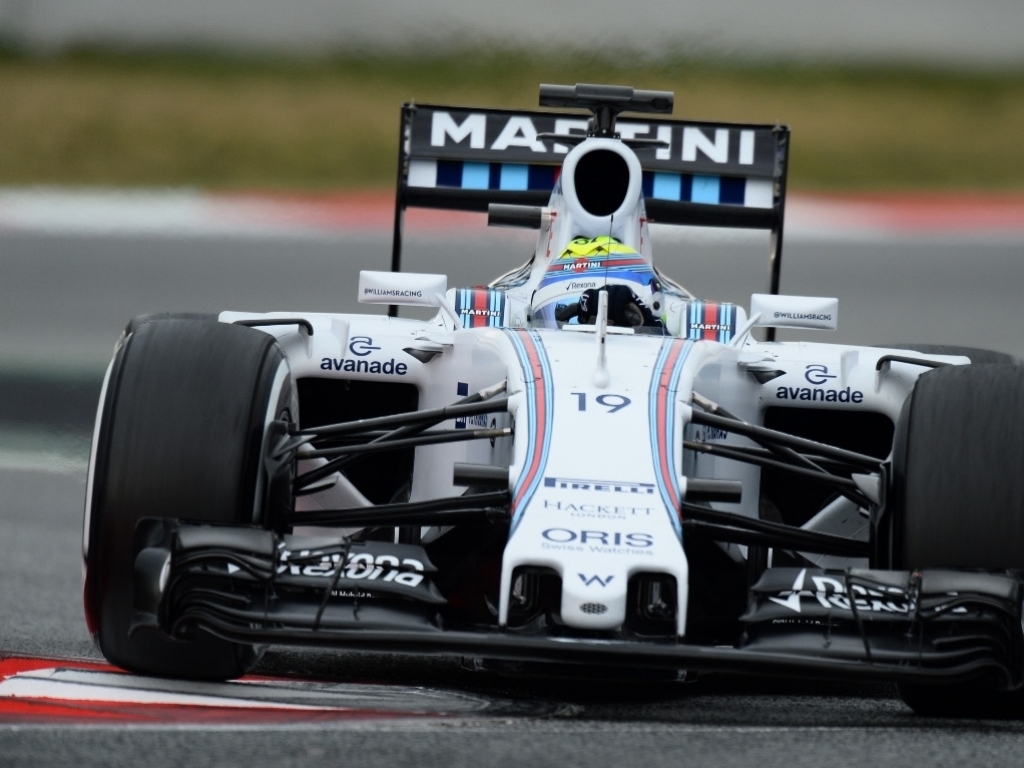 Felipe Massa took over from Lewis Hamilton as the driver to beat on Day One while the Brit joined former team-mate Jenson Button on the sidelines.

Although Hamilton set the pace on Thursday morning at the Circuit de Barcelona-Catalunya, he never made it back out onto the track after lunch.

Mercedes revealed that a "failure in the hybrid system" was keeping the W06 in the garage while later adding the "problem diagnosed as MGU-K failure" and as such their day was done.

That meant just six teams took to the track after lunch as Force India were waiting on their new VJM08 while McLaren had already announced that a "hydraulic leak" had curtailed Button's day after a measly seven laps.

One driver who didn't have any problems on the day was Massa.

Marcus Ericsson finished second quickest as a run on the supersoft Pirelli's boosted him to a 1:24.276. He was, however, still 0.776s short of Massa's P1 time.

Sauber declared it to have been a "productive" day as the Swedish racer was the busiest driver, completing 122 laps,

Hamilton, whose best time was set on the medium tyres, finished third, 1.381s down, while Daniil Kvyat was fourth quickest.

The Red Bull driver was responsible for the first of the day's two red flags as he stopped while exiting the pits first thing in the morning.

Romain Grosjean brought his E23 home in fifth place ahead of the Ferrari of Kimi Raikkonen. Both drivers were over two seconds off the pace.

Carlos Sainz Jr, who was running in a revised STR10, brought out the day's second red flag as his Toro Rosso stopped at Turn 10 during the afternoon's session.

He was seventh quickest with Button completing the timesheets.