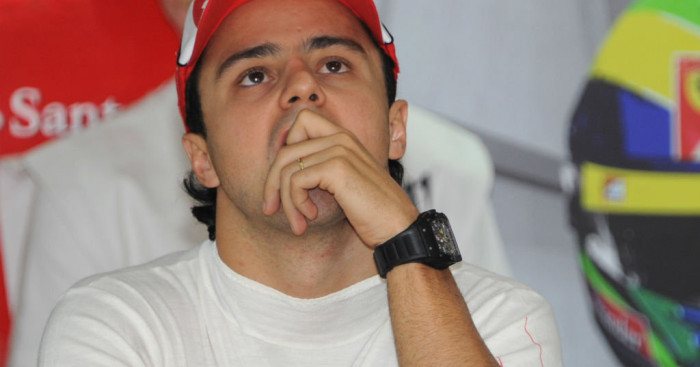 Felipe Massa believes that Formula One has got itself into a mess by allowing too many drivers on the grid who are there due to money not talent.

In the past few years, there have been an increase in the number of drivers in the sport who have either arrived or been able to stay on because they have wealthy backers rather than because they can achieve results.

Ahead of the coming season, veteran Rubens Barrichello is believed to have lost his spot at Williams due to the fact that he couldn’t provide the same sponsorship money as compatriot Bruno Senna who replaced him.

Meanwhile over at HRT, the Spanish outfit are believed to be holding out for a driver with considerable financial clout to partner Pedro de la Rosa despite Tonio Luizzi having a contract in place for this year.

“Today, there are only four teams that can afford to operate without drivers that bring money,” the 30-year-old told Totalrace.

“It’s an absurd situation and I don’t think it’s good for F1 and especially the young drivers.

“Even if you get very good results in the formulas below, you either have to be lucky or have money in order to get a seat. That’s not F1.”