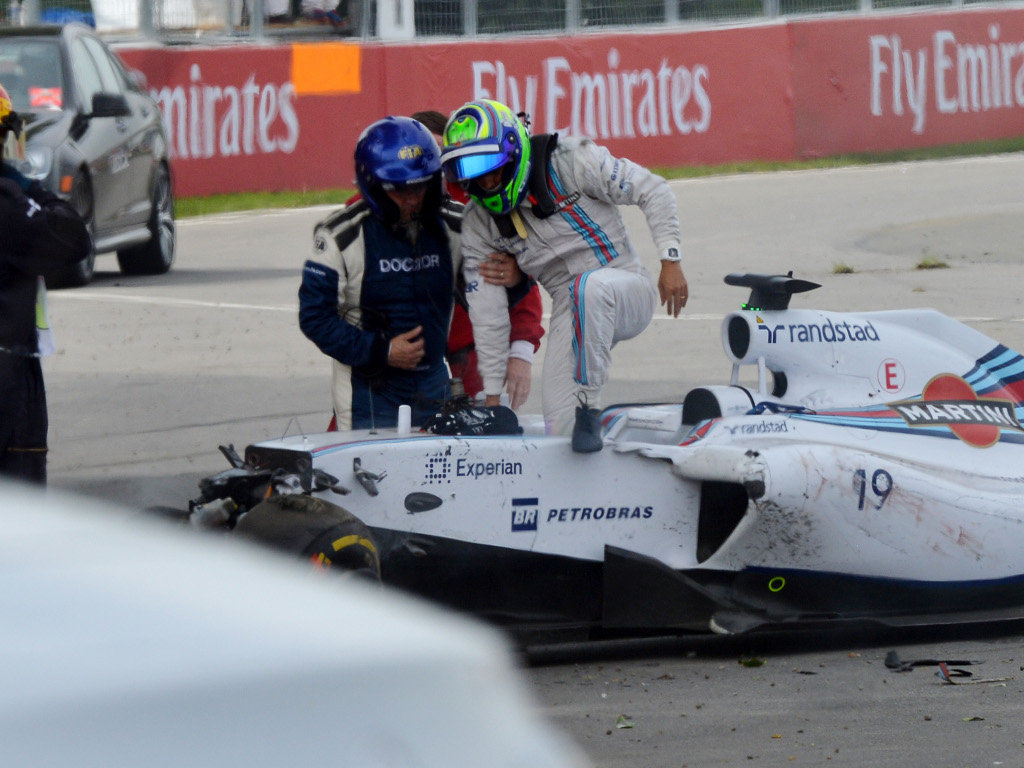 Felipe Massa and Sergio Perez have been released from hospital following their high-impact accident in Sunday’s Canadian GP.

Battling for position, Massa drove into the back of Perez’s Force India, putting both cars into the barriers and out of the race.

The duo both suffered heavy impacts, however, the good news is that they are okay.

Massa and Perez were both taken to a local hospital and have already been released.

Williams head of vehicle performance Rob Smedley has revealed that Massa’s impact with the barriers was a staggering 27Gs.

Smedley added: “He is fairly miffed at the moment.”