Home Uncategorized Massa: Podium not a message to Ferrari 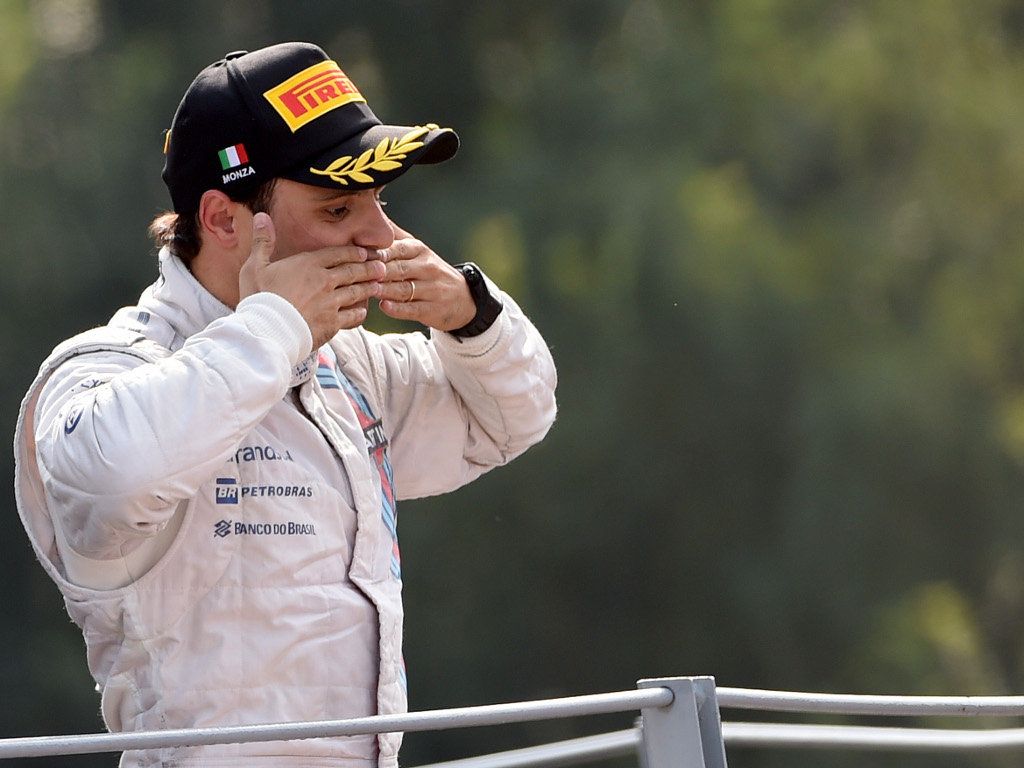 Felipe Massa has played down suggestions that he proved a point to Ferrari with his third place at the Italian Grand Prix.

Having started fourth on the grid, the Brazilian finished behind the Mercedes pair of Lewis Hamilton and Nico Rosberg to claim his first podium since the 2013 Spanish GP.

With Williams picking up 27 points at Monza – Valtteri Bottas finished fourth – it helped the Grove squad to move ahead of Ferrari in the Constructors’ Championship.

Massa’s podium will no doubt be a little sweeter after his struggles last year during his final season with Ferrari, but the Brazilian remained humble after the race.

“First of all I think it is not a message to anybody. You say I was [a] second driver, I was trying all the time to be first driver,” he said.

“Whatever team I was in, I had difficult times, it is part of our life, sometimes you have time that is sometimes difficult, you need to go forward and I always fight, [but] it is not a message.

“We are fighting with Ferrari. That is not a message. We need to do everything we can to be in front of them. I have an incredible heart for Ferrari, as I had [an] incredible time there, but I am in another team.

“We need to fight for everybody, and today we did a fantastic job so we were on the podium and it is a message that we are competitive, that we are there, fighting.”

Massa was delighted that everything fell into place for him during Sunday’s race.

“It’s a great day for us; a great race, a great start and the pace was very good, even if it was not enough to fight the Mercedes,” he said.