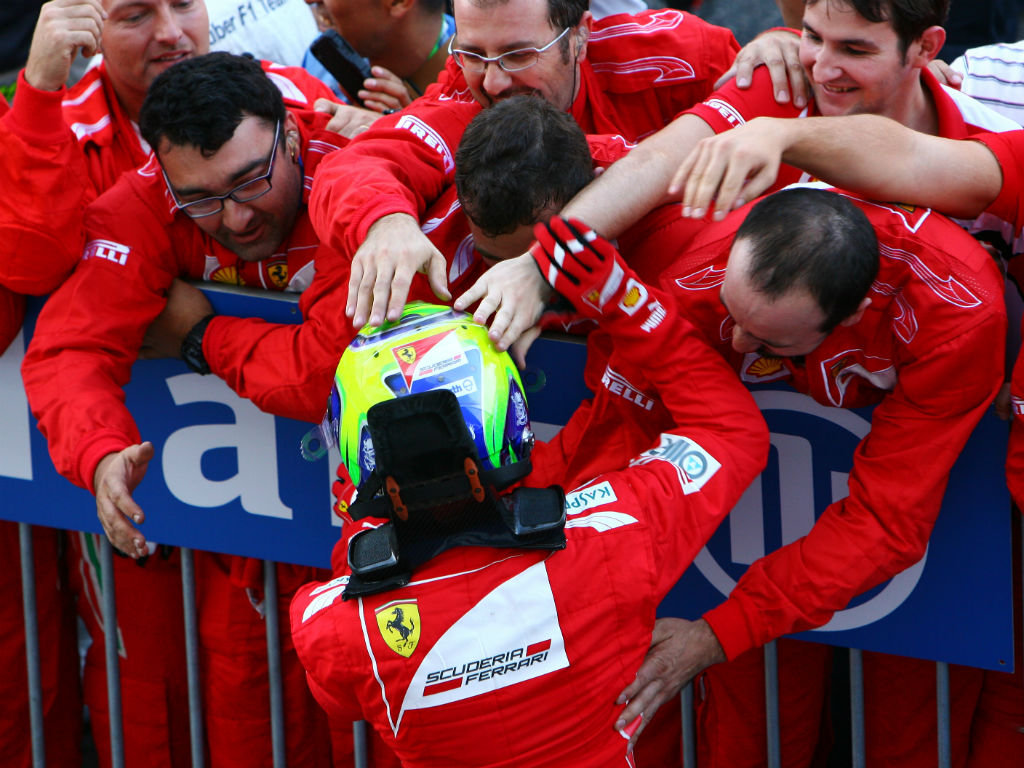 Felipe Massa is hoping his return to the Formula One podium will be enough to secure his future with Ferrari.

But whether it will be enough to persuade Ferrari to hold onto him remains to be seen.

“It’s an important result psychologically and also in terms of my future, at least I think so,” said Massa.

“It’s really a relief and I’m sure it will be so important for me, for my brain and for my future as well.

“Sometimes, in the hardest moments the best things come. The first people I want to thank right now are my family, my wife and my son.”

He added: “Being back on the podium after almost two years away is just great and I feel really uplifted.

“They have been two tough years for me and, sometimes, a million things go through your mind, some of them bad, but finally I can be happy!

“This race motivates me even more for the rest of the season. It’s even better getting back on the podium here, at a track I like so much and that I have known since the start of my career.”

Meanwhile, in an interview with the Brazilian media on Sunday afternoon, Massa revealed he’s hoping to have his future resolved in the not-too-distant future.

“The conversation we have been having until now has been that it [a contract extension] should happen,” Massa said. “I’m hoping it will be confirmed as soon as possible.”