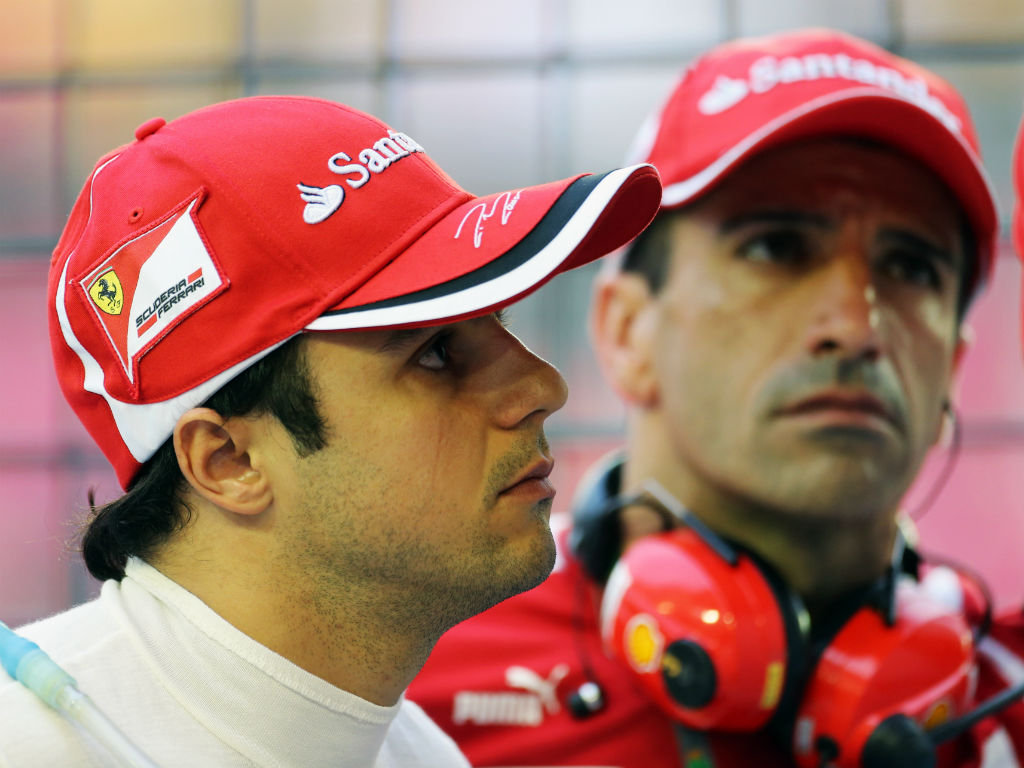 Felipe Massa is confident he will keep his seat with Ferrari next year despite widespread speculation that he will be replaced by one of the Force India drivers.

Both Nico Hulkenberg and Paul di Resta have been linked to his seat alongside two-time Champion and current series leader Fernando Alonso.

But on the eve of this weekend’s Japanese Grand Prix, Massa stayed upbeat about his future despite being 143 points adrift of Alonso and without a podium finish to his name.

Asked if there had been a decision taken on his future, he said: “I think nothing at the moment, but I am pretty confident that things will be okay…”

He added: “I think, as I said, I am pretty confident that things are going in the right direction.

“Sergio (Perez) has been doing a good job this year so I think he has shown his performance and I am happy that he can sign for a big team as well.

“Let’s concentrate to have a good result and we will see. Until things are signed, better to not talk too much and concentrate on the job and that is the right direction.

“I hope we can have a good race here, and a good end to the Championship – that is important for me, the team, everybody.”