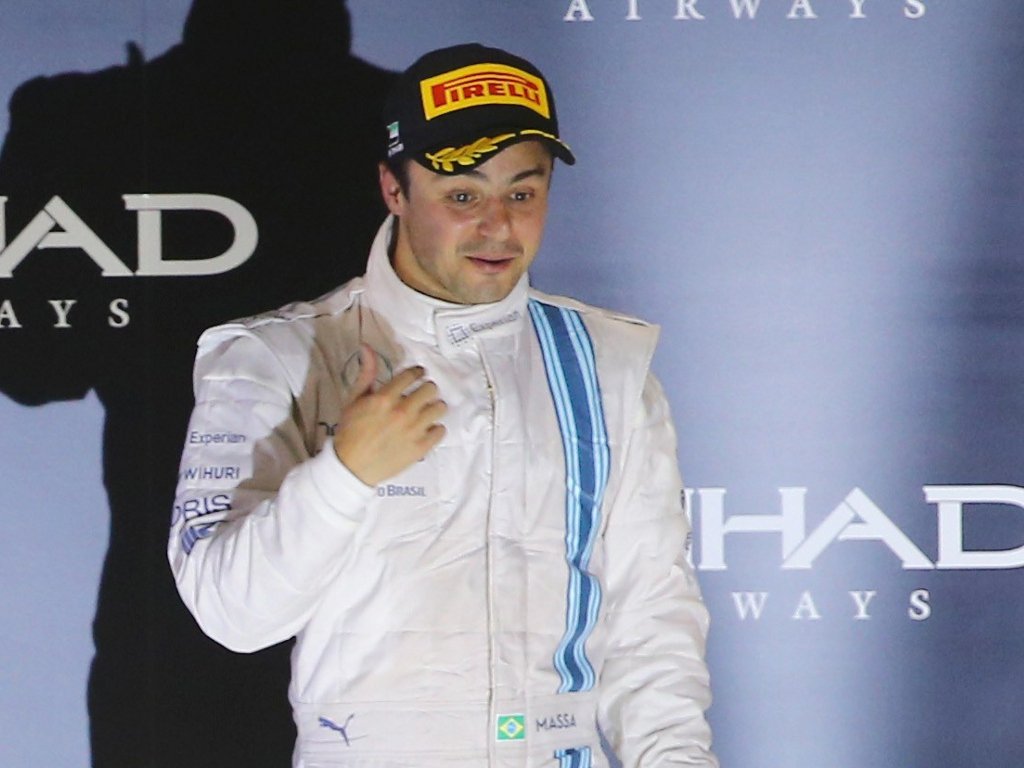 Felipe Massa has promised that it’s “just the beginning” after he finished second at the season-ending Abu Dhabi GP to help Williams to third in the Constructors’ standings.

Having started fourth at the Yas Marina Circuit on Sunday, the Brazilian was quick off the line to slot in third behind the two Mercedes drivers, and with Nico Rosberg suffering a mechanical problem midway through the race, he moved up to third.

He then produced a superb late charge on the supersofts and came close to hunting Lewis Hamilton down for the victory, but he came up just short in the end.

With his team-mate Valtteri Bottas finishing third to give Williams their first double podium of the campaign, it was a brilliant end to the season for the Grove squad.

“Thank you everyone and Lewis well done, congratulations, you deserve it,” he said in the podium interviews. “It was a very good race for us. I did not expect to have that pace. I was able to keep the tyres for long parts of the race.

“We tried an option tyre [at the end] and unfortunately Lewis was a bit too far. We were close. With 10 laps to go I was a second quicker and I thought I could win the race. But the tyres degraded a bit and did not have enough of a gap.

“It was a fantastic job for the team and I’m so proud to be racing for Williams. This is just the beginning.”