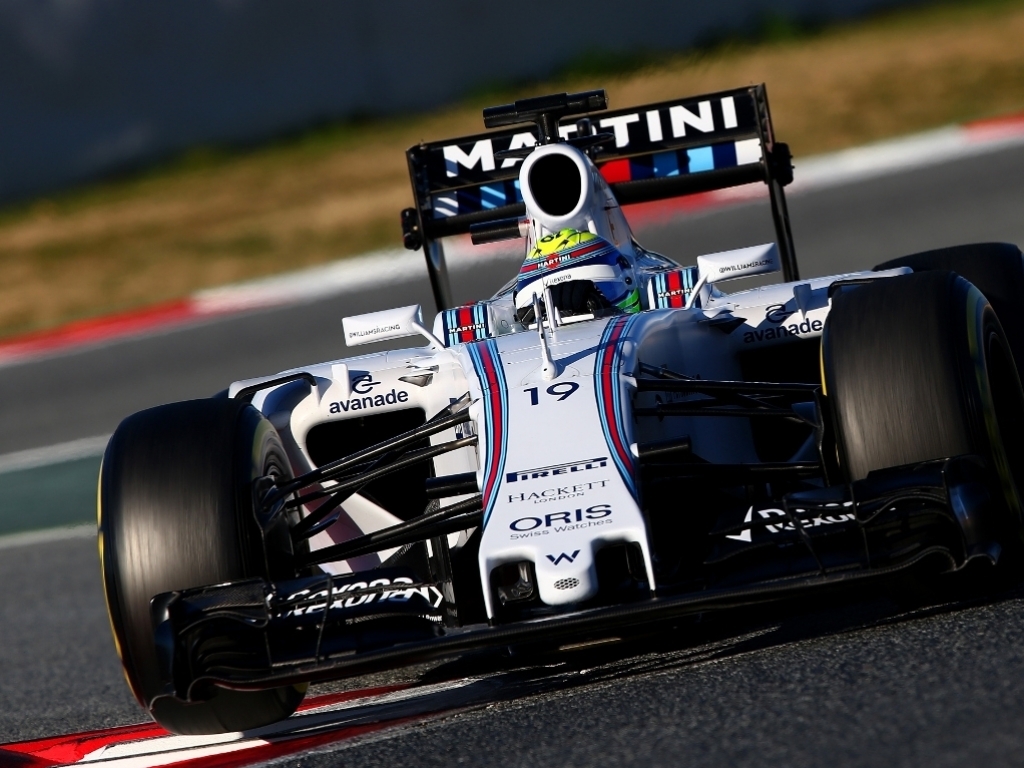 Felipe Massa is expecting an "interesting" fight this season as Williams take on rival outfits in the battle to be best of the rest behind Mercedes.

The Brazilian wrapped up his pre-season action with a P2 on Saturday's penultimate day of testing at the Barcelona circuit.

Posting a 1:23.262 on the supersoft Pirelli tyres, Massa was beaten by reigning World Champion Lewis Hamilton by 0.240s.

Worryingly for Mercedes' rivals, the Brit's time was set on the slightly slower soft tyres.

As such it is no wonder Massa says the battle this season will be to see who lines up behind Mercedes.

The Williams driver said: "We had another good day with over 100 laps completed.

"We reached the end of the programme in good time and the car has remained very reliable over all three tests.

"Our long runs look positive and the car remains consistent throughout the stints.

"We are not the only quick car on the track though and the fight behind Mercedes will be interesting.

"I now have to get ready for the first race of the season in Melbourne, which I am really looking forward to."