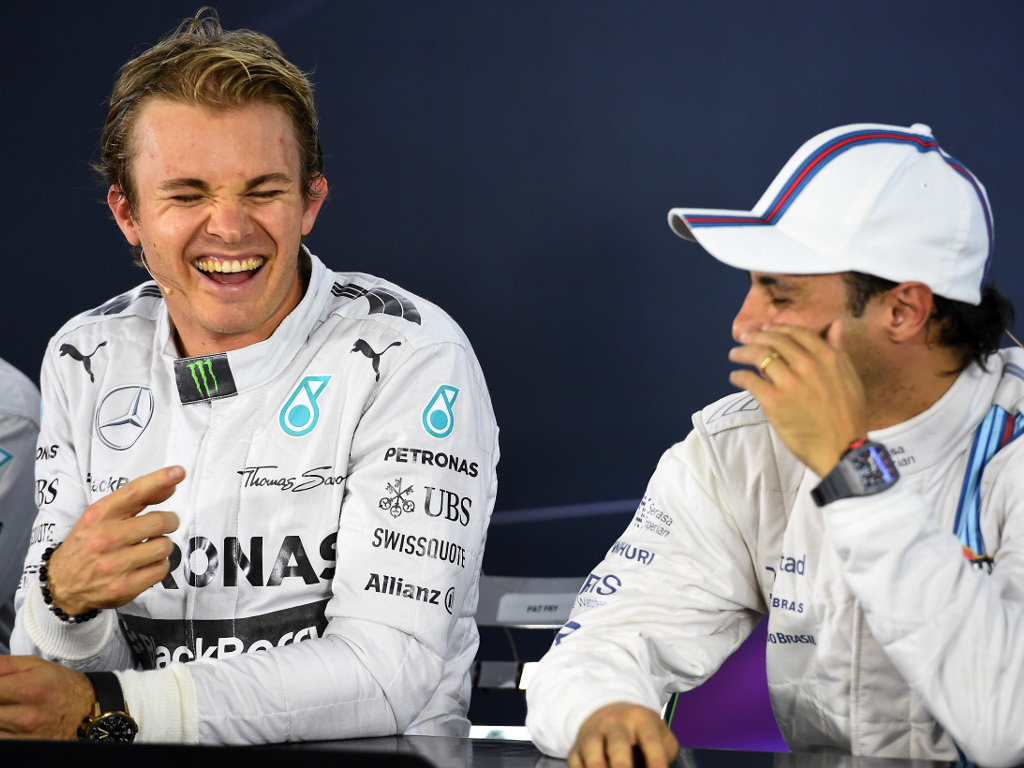 Felipe Massa says Nico Rosberg cannot entered Sunday’s season finale with any fear while Lewis Hamilton needs to be “more of a gentleman” out on track.

In the countdown to the final race of this season – and the crowning of a new World Champion – everyone has an opinion on the matter or a few words of advice for either protagonist.

With Hamilton leading the title chance by 17 points, Massa reckons it is the Brit who is under pressure but has warned Rosberg that fear could be his undoing.

“I think psychologically he has less pressure than Lewis,” the Williams driver told Autosport.

“He cannot be scared; he cannot have fear for the race. If he has fear, maybe he can lose some tenths.

“Lewis needs to be more of a gentleman and sometimes, it’s not easy for him to be a gentleman.”

As for which of the two Mercedes team-mates he would like to see win the title, the Brazilian doesn’t mind but does feel Hamilton’s superior number of wins means he is more deserving.

“If Lewis wins or Nico wins I don’t care, but I think Lewis deserves it a bit more compared to Nico,” he said.

“He won more races; I think maybe he did a better championship.

“But ‘deserve’ sometimes is a little bit different in sports. Things happen in a different way sometimes.”