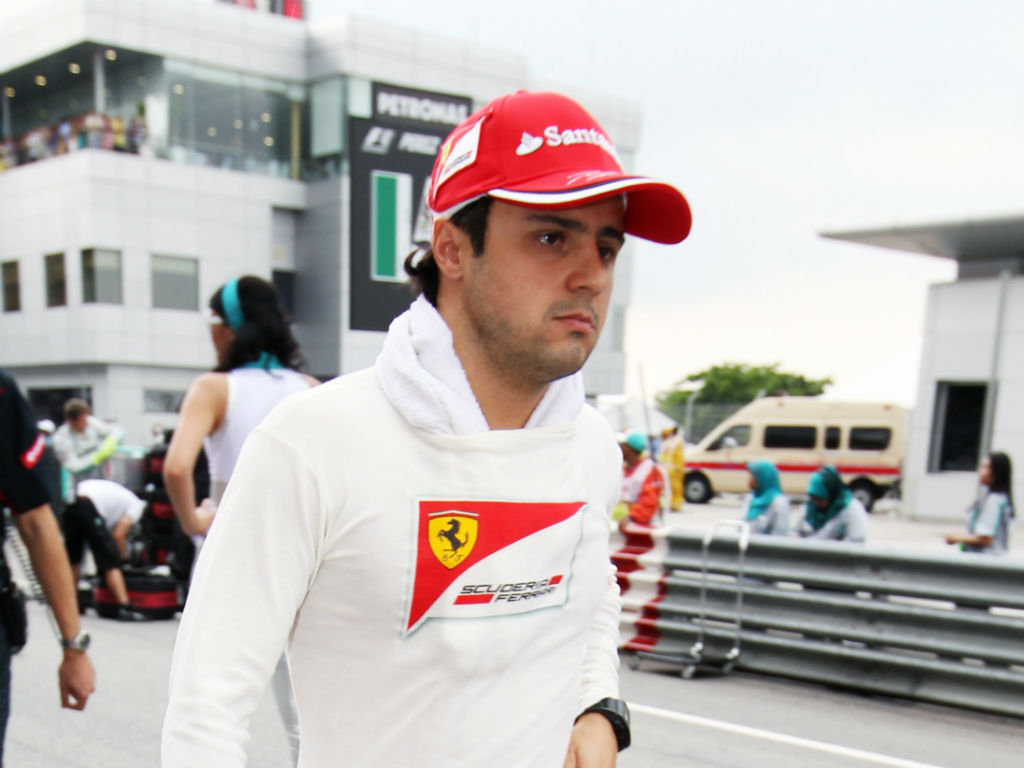 Although Felipe Massa admits it is a “tricky” time in his F1 career, the Ferrari driver is adamant he won’t let the pressure get to him…

Although Felipe Massa admits it is a “tricky” time in his F1 career, the Ferrari driver is adamant he won’t let the pressure get to him.

After two grands prix Massa, who is in desperate need of a good season to extend his Ferrari – and perhaps F1 – career, has yet to get off the mark.

The Brazilian retired from the season-opening Australian GP and could only manage P15 in Malaysia as he was involved in incidents in both races.

“It’s a tricky time for me and it cannot go on and I really don’t want it to that’s for sure,” Massa told Ferrari’s website.

“I know there is plenty of criticism of me from the outside, but I’m used to that, as it’s certainly not the first time it has happened.

“I feel the team has faith in me and that’s what matters.

“I am well aware, having been through it many times in the past, that it takes very little for a situation to swing from negative to positive.”

Massa was hard at work in the break between Malaysia and this weekend’s Chinese GP, heading to Ferrari’s HQ in Maranello where he worked on the simulator in the hope that the hours spent would make a difference in Shanghai.

“I was at Maranello last week too, working on the simulator to be as well prepared as possible for the next two races, studying every minute detail relating to what did not work properly in Melbourne and Sepang, to get it right and be ready for China and Bahrain.”

But what Massa really needs is “a normal grand prix without problems, right from Friday: that is fundamental to being able to finally get a good result.

“I know it won’t be easy, also because I don’t think we can expect any major new elements, at least in the short term.

“We will have to try and squeeze every last drop out of what we have, as Fernando has managed to do in both Australia and Malaysia.”