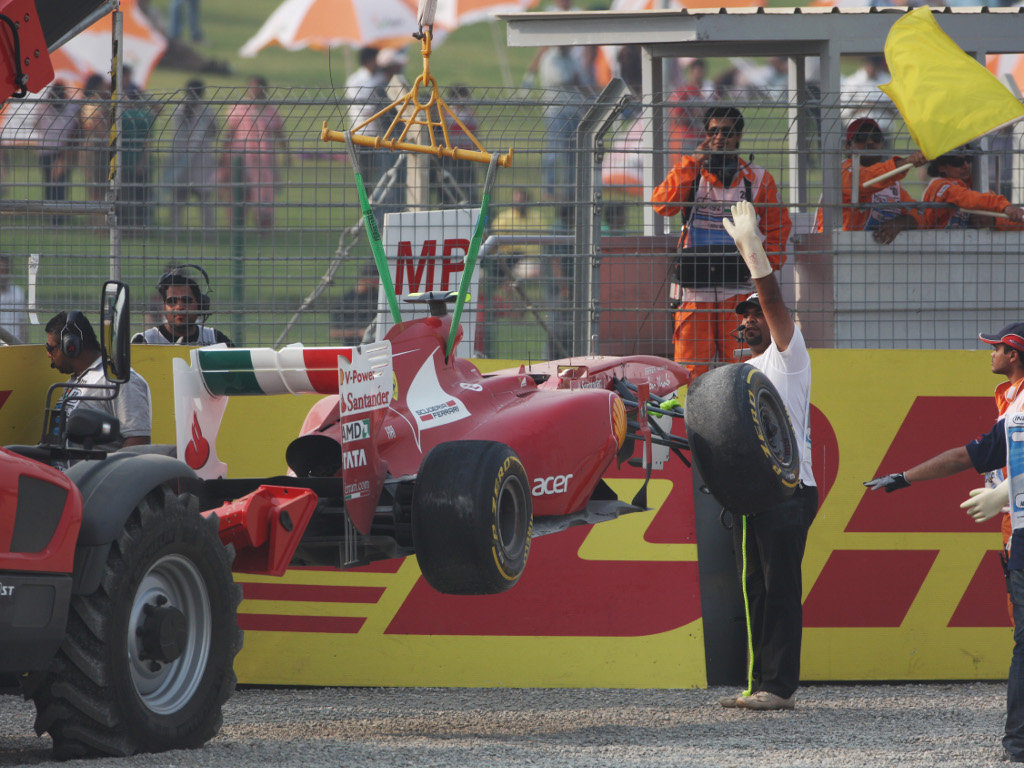 Felipe Massa has called for the kerbs at the Buddh circuit to be altered after he broke his suspension in Saturday’s qualifying.

The Ferrari driver, who had several encounters with the kerbs during the proceedings sessions, finally came undone in Q3 when he hit the kerbs at Turn 8.

The impact broke his right front suspension and sent the Brazilian crashing into the barriers at Turn 9.

It also resulted in him losing a place to Jenson Button on the timesheets as the McLaren driver posted his best time seconds after Massa’s crash.

“What happened on my last timed lap was a real shame,” Massa said.

“Today, we had the potential to secure a good placing, as Fernando demonstrated and as can also be seen from the fact my sixth best time was set with a rather slow third sector.

“I came into Turn 8 and went over the kerb and the front right suspension gave way in the impact with the raised orange part, which in my opinion is too high at this point.

“It’s a very fast corner, taken at around 215 km/h and it could be arranged differently. These are details that need improving for next year.”

Massa will start Sunday’s Indian GP from sixth place on the grid and a lingering concern that making up positions could be difficult due to the dust on the new track.

“I repeat, I am disappointed, because the car has been going well all weekend long. Now I find myself with one less set of Softs and with a broken front wing.

“It was the new one, which we had here for the first time and it delivered a bit extra in terms of performance

“Tomorrow, overtaking will be difficult because of the dirt on track, but I think we will still see a lot.”