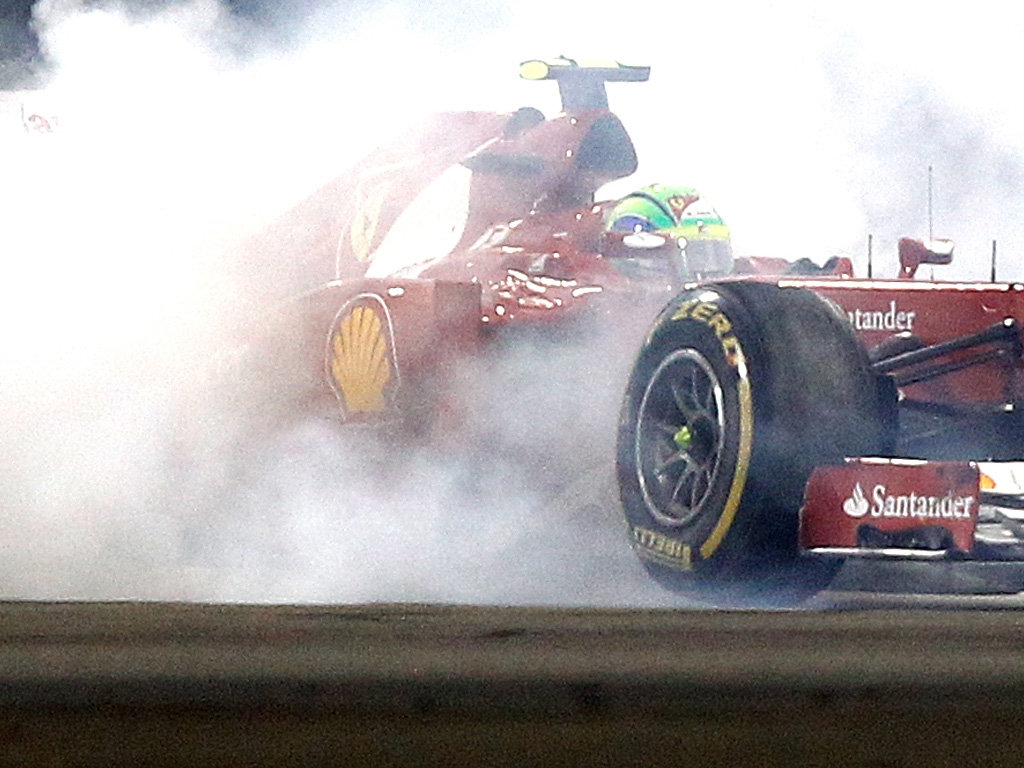 Felipe Massa believes Mark Webber should have been penalised for cutting the chicane during their on-track battle in Abu Dhabi.

Fighting over sixth place on Sunday night, the two came together with Webber attempted to overtake Massa around the outside of Turn 11.

The duo touched wheels and the Aussie ran off the track only to cut the chicane and rejoin at Turn 13. Webber’s unexpected arrival back on track resulted in Massa spinning to avoid the Australia.

And although the incident was investigated by the stewards, they deemed it to be a racing incident. Massa disagrees.

“We braked at Turn 11, and he tried to pass me on the outside,” Massa told Autosport.

“I was doing the corner on the inside and then we touched wheels at the exit of the corner. Then, he decided to go straight to the chicane, so he cut the chicane.

“I did the chicane, which he cut, and he passed in front of me. I had to brake very strongly not to hit his car and I spun. So he caused an incident.

“But it is not the first time that we see the stewards not getting through the right decisions or the right direction. They decided not to give anything, which for me is completely wrong.”

The Brazilian went on to finish in seventh place while Webber later retired when he was caught out in other drivers’ antics.