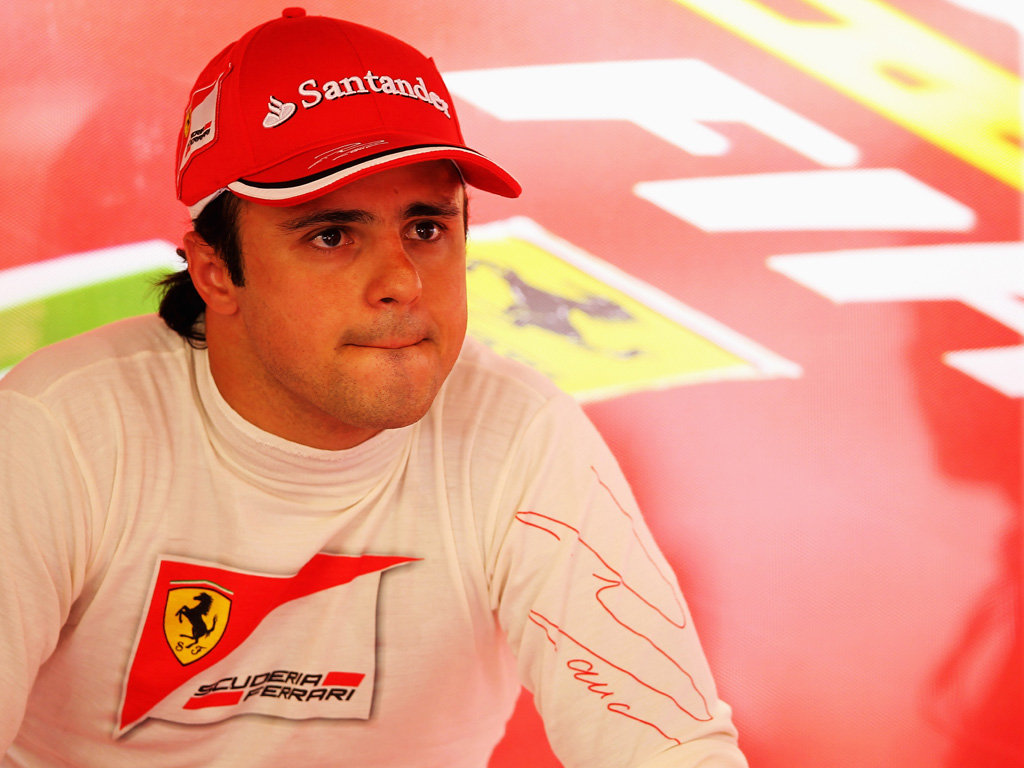 Felipe Massa’s struggles at Ferrari hit a low point at Valencia when he watched team-mate Fernando Alonso lap him en route to a dramatic victory.

Massa’s future with the Scuderia has been the subject of speculation all season, rumors that are sure to continue after he slipped from a 13th-place start to finish 16th behind regular backmarkers including the pair of Caterham cars and Marussia’s Charles Pic.

“What do you want me to say? Nothing went right for me,” Massa said.

The 31-year-old Brazilian was slowed by damage to his car caused by debris before Kamui Kobayashi of Sauber hit him later in the race. The race stewards ruled Kobayashi to be at fault and he will be penalised five grid spots at the British GP in next round.

“I am very disappointed because I had good pace and could keep up with the group Fernando was in,” he said. “Then there was the collision with Kobayashi and any hope I had of finishing in the points evaporated.”

Massa, who won here in 2008 from pole when he came within one point of the Championship, hasn’t finished better than sixth place this season.

On Sunday, Domenicali supported Massa by blaming his poor result on bad luck and the mistakes of others.

“(It’s) a shame for Felipe, who really got hit with one misfortune after another,” he said. “He had started in fine style and had everything in hand to get a good result.”

While Massa limped through the winding street circuit, Alonso pulled off one of the most dramatic comebacks of his successful career, rallying from an 11th-place start to claim victory and with it first place in the championship standings.

“I am pleased for Alonso, who drove a fantastic race, but there’s also some bitterness as today could have been very nice for both of us,” Massa said.

After eight races, Massa is 100 points behind Alonso in the Drivers’ standings.