Home Uncategorized ‘Matter of time before Webber sorts Seb out’ 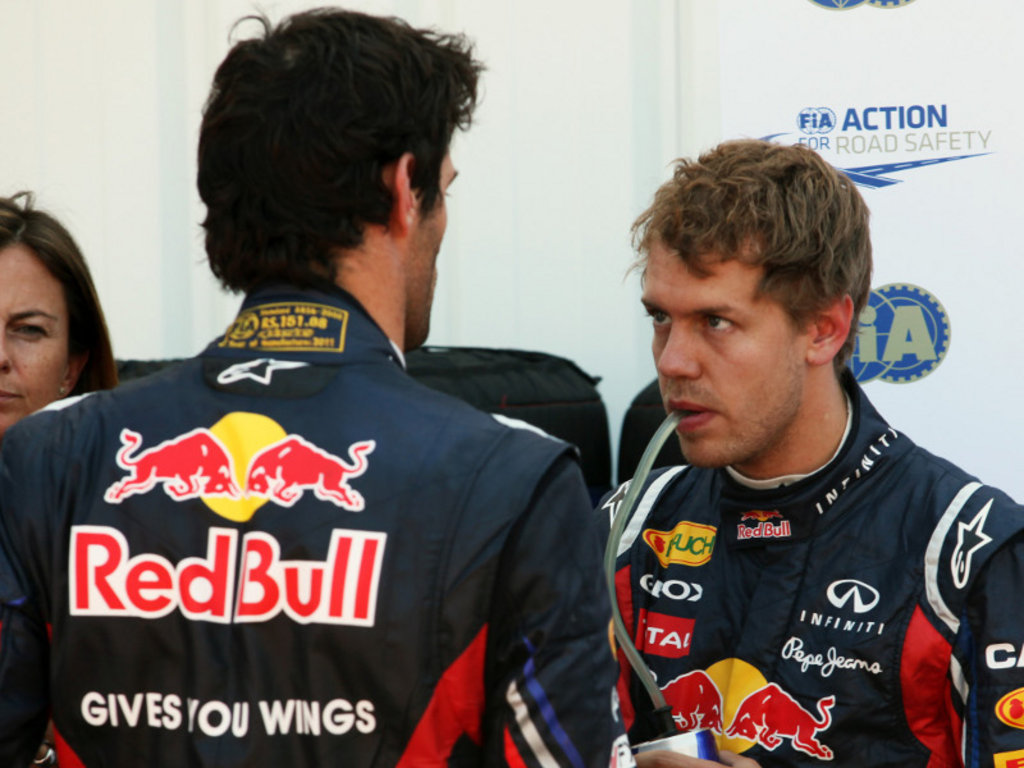 Red Bull’s Paul Monaghan reckons there will come a time this season when Mark Webber ‘sorts out’ his team-mate Sebastian Vettel.

Webber has been forced to play second fiddle to Vettel this season as the reigning World Champ has gone on a charge, taking six victories from eight grands prix.

In sharp contrast, Webber has yet to win a grand prix and trails Vettel by 77 points.

The German has also had the upper hand in qualifying, claiming seven pole positions to Webber’s one.

However, Monaghan, Red Bull’s head of race engineering, is adamant that the two are very evenly matched, it’s just that Vettel has managed to cope better with Q3 than his Australian team-mate, giving him the edge on race Sundays.

“There are two aspects to it,” he said during Thursday’s FOTA Fan Forum when asked about the ‘main differences’ between two team-mates.

“First, their confidence levels and, second, how well they handle that last part of qualifying.

“You can see the confidence levels between team-mates rise and fall during the course of a season. We saw that last year within our team.

“As for the last part of qualifying, the data might reveal a small mistake by one driver at one corner and he then pays for that down the subsequent straight or series of corners.

“It might produce a lap time difference of 0.2s, or three places on the grid. They are minute gaps and I wouldn’t suggest that either one of your drivers is under-performing.

“In our case, I’m sure Mark will sort Sebastian out at some point this year, and he probably can’t wait to do it at Silverstone.”