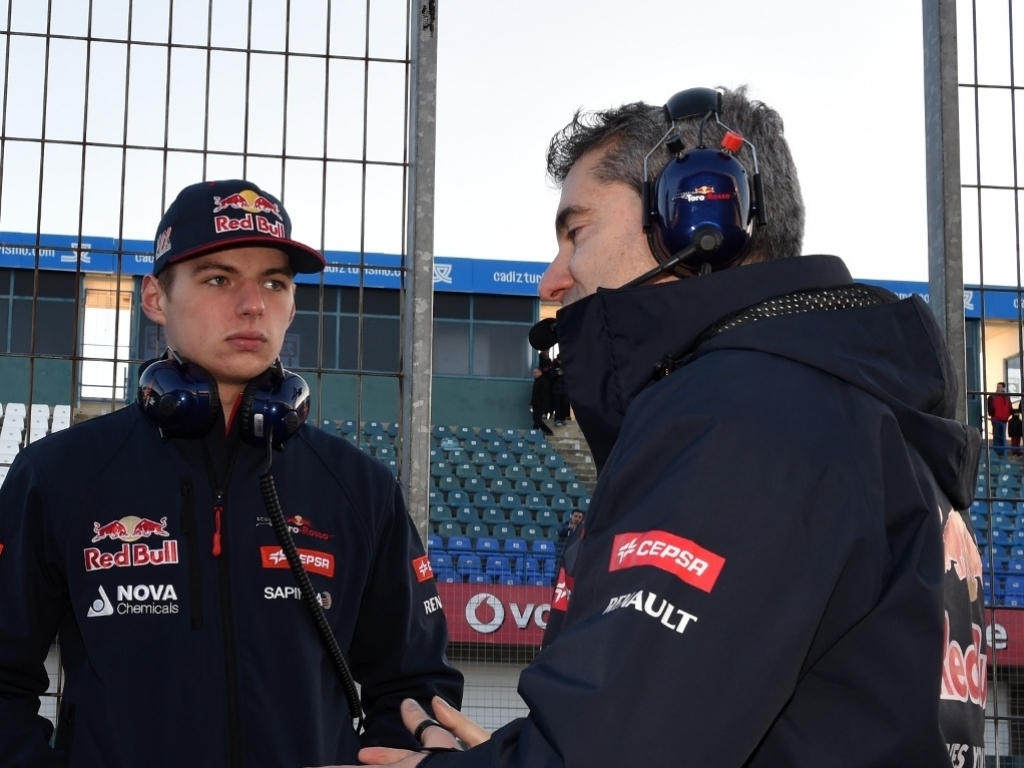 Max Verstappen may be the youngest driver ever to race in F1 but his race engineer Xevi Pujolar reckons he is "the best I've seen so far."

This season the 17-year-old will make his Formula 1 debut with Toro Rosso and in doing so will make history as the youngest driver to compete in a Formula 1 grand prix.

Earlier this month his perparations for the season ahead got underway at the Jerez circuit where he joined new team-mate Carlos Sainz Jr in putting in the laps in the STR10.

Verstappen finished ninth overall, 1.712s off the pace, and with 170 laps under his belt.

His performance earned heady praise from his race engineer Pujolar.

"He's the best I've seen so far. You can see the potential is there. You can see he's going up," Pujolar told GPUpdate.net.

"Now he needs to deliver. He's here to be in the points all the time. He's got the talent. He's fast. But from being fast to winning races is a big gap. And from winning races to becoming a champion is another big step.

"He's shown that he can do well in previous championships but now he's got a lot of champions around him and he has to show that he's the best of the champions. He needs to develop in a very short period of time."

The Spaniard added that Verstappen's discipline and focus belie his age.

"Some guys might be 10 or 15 years in motorsports, or even in Formula 1, and their level of professionalism will never be as good as Max's is at the moment.

"One thing that's very impressive with him is how much discipline he has and how focused he is. A lot of young drivers are also thinking about other things like going out. With Max it's only about racing.