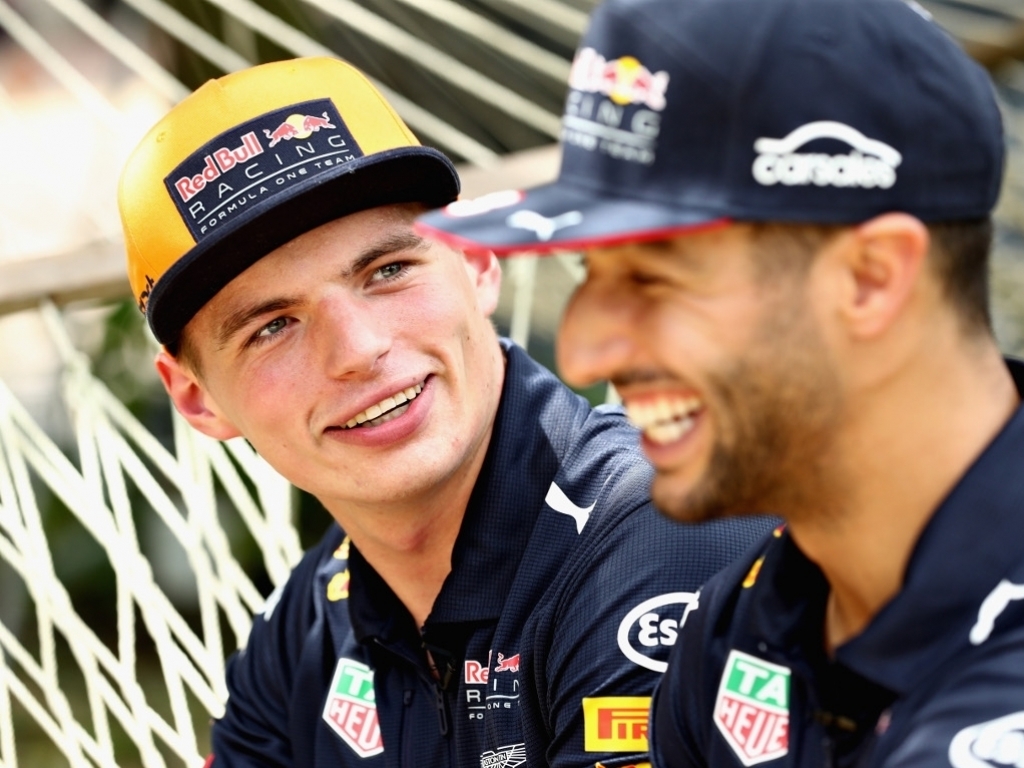 Max Verstappen admits he wouldn’t mind having Daniel Ricciardo as his team-mate “for a very long time”.

The duo have been Red Bull team-mates for the last two seasons and, although they have had one or two heated moments on track this season, they have always enjoyed an excellent relationship away from the action.

They will again do battle at Red Bull this season as the Dutchman signed a new deal last year that will keep him at the Milton Keynes squad until 2020, but it remains to be seen if Ricciardo will stay with the team beyond this campaign as he is yet to agree a new deal.

Verstappen, though, is eager to keep the Australian as a team-mate.

“We have a lot of respect for each other. And frankly, in my racing career so far, I’ve never had that much to do with a team-mate,” he is quoted as saying by Speed Week.

“Daniel is a great guy, and even we give everything on the track and fight hard duels, we have a lot of fun off to the track. Therefore, I hope that we will be team-mates for a very long time.”

If Red Bull and Renault get their act together then there is a good chance that the two could be battling for World titles in future, which usually has a negative impact on the relationships between team-mates, but Verstappen doesn’t think it will affect them away from the track.

“Sure, if you fight for the title, then it gets more intense on the track, but in the end, you always come back and have mutual respect,” he said.

“You have to accept when one is faster and I think we can too. If one of us has a good race, then the other one says that he really deserves it. And I think that’s very important.”