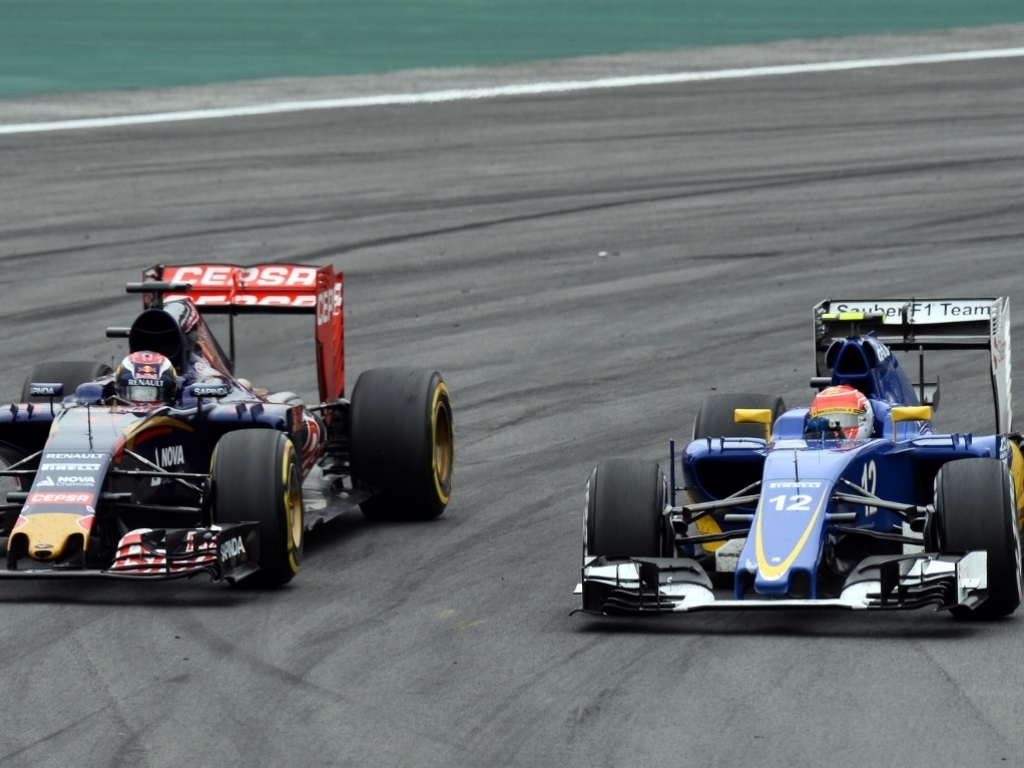 He once again impressed with some smart overtaking moves in Brazil, but Max Verstappen admits his 10th place finish was the best he could have hoped for.

The Toro Rosso rookie start the race in 10th place at Interlagos, but found himself lapping outside the top 10 twice after the pit stops and on both occasions he fought his way back and eventually took the final point.

He easily produced two of the overtaking moves of the day as he got the better of both Felipe Nasr of Sauber and Sergio Perez of Force India at Turn 1 with the pass on the Mexican as close as you can get without making contact.

"It was my only chance really," he told FormulaSpy.com. "We were lacking a lot of top speed today and I saw that Checo (Perez) was really struggling with his tyres and I got a good run out of the last corner. Then I tried around the outside, and we just gave each other enough room. That was fair racing.

"Around the rest of the track, we didn’t have enough top speed and it was all about that last corner, how good your exit was. Every time I passed, it was due to me getting a good exit out of the last corner.”

He added: "It was a very tough race. While I was attacking guys in front, there were guys behind attacking me, so all the race I was pushing the most I could. To come away with a point, I think that’s the most we could have done."