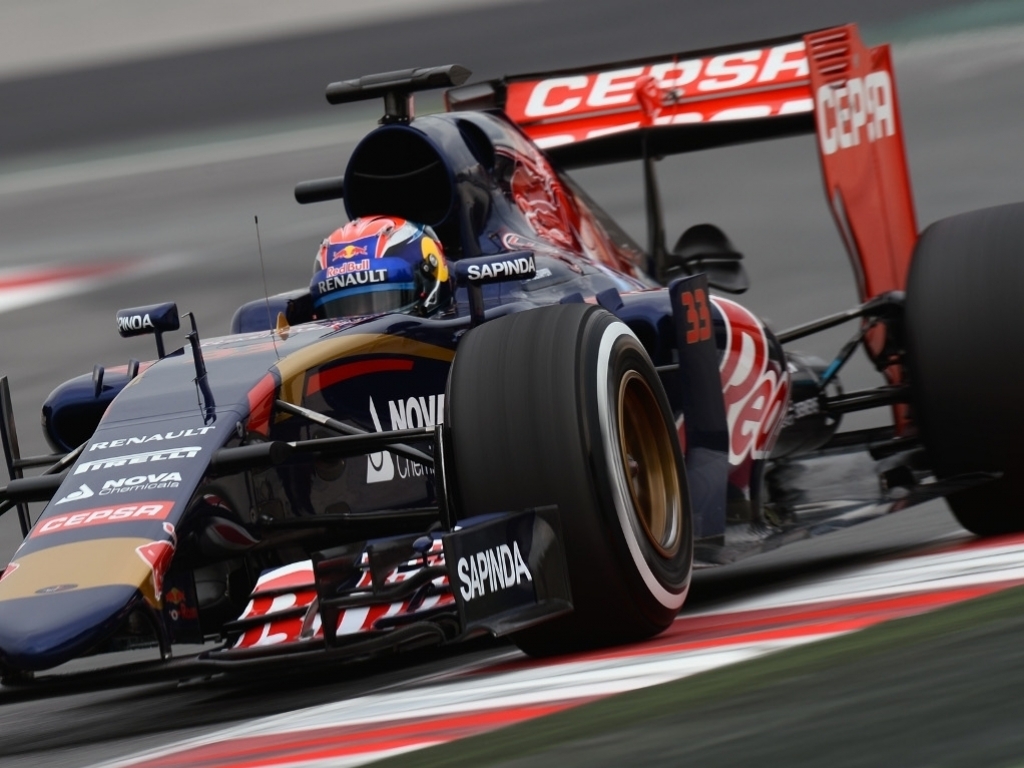 Max Verstappen put the super-soft Pirelli tyres to great use as he clocked a 1:24.739 to lead the way at lunch on Day Three at Barcelona.

The Toro Rosso rookie, who is continuing his learning curve ahead of his debut season, worked his way up the timesheets throughout Saturday morning's running.

Hitting the front on the soft tyres, Verstappen later swapped to the super-softs and posted his pace-setting 1:24.739.

That put him comfortably ahead of the chasing pack, which was led by Lewis Hamilton. However, the reigning World Champion's 1:26.142 was set on medium tyres.

Any chance of the drivers attacking Verstappen's time in the hour before lunch was scuppered as the rain began to fall, just enough drizzle to dampen proceedings.

Sebastian Vettel was third quickest in the Ferrari, 0.265s slower than Hamilton. His morning, though, was not without problems.

Vettel was responsible for the first red flag just two minutes into the session as he lost it on cold tyres and beached his SF15-T in the gravel on the approach to Turn 5.

Daniil Kvyat, putting in the laps for the first time this week, was fourth ahead of Felipe Massa and Pascal Wehrlein, who was once again behind the wheel of the Force India VJM07.

Pastor Maldonado was next in line with Jenson Button eighth. It was another dismal morning for the Brit and his McLaren team as his MP4-30 suffered a loss of power after just 12 laps, leaving Button stranded – and unhappy – at Turn 7.

That, though, was at least more laps than Marcus Ericsson managed. He only ventured out 30 minutes before lunch as Sauber worked all morning to repair a gearbox problem.