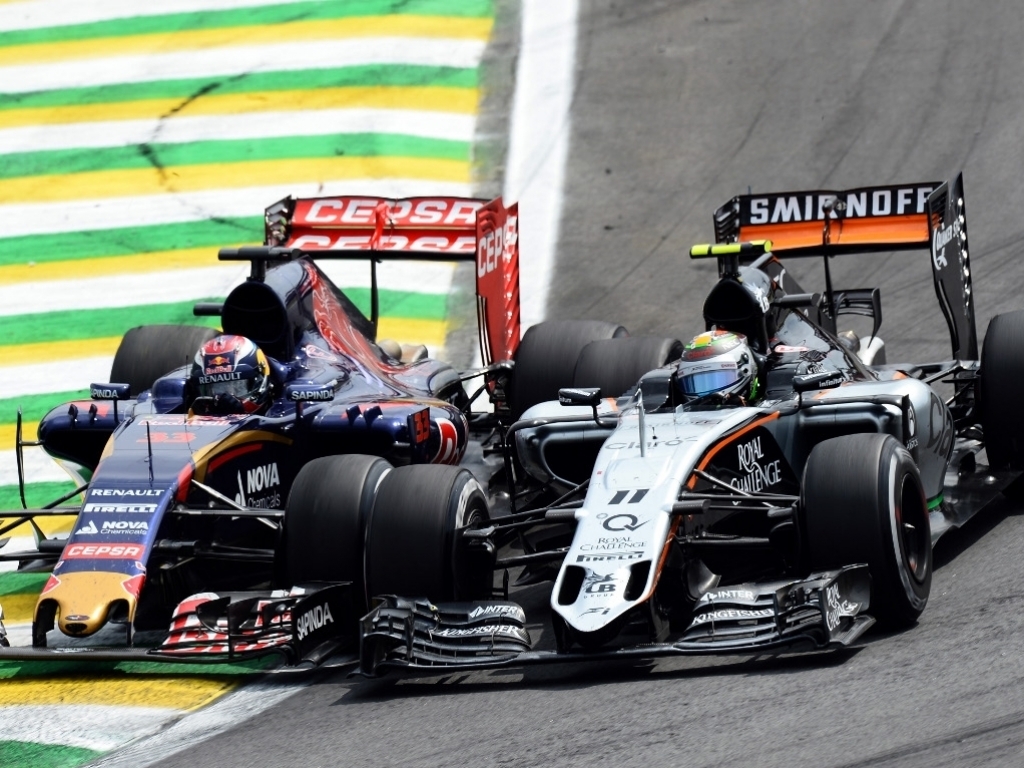 Max Verstappen has revealed he took a leaf out of Kimi Raikkonen's passing book when he overtook Sergio Perez at Interlagos on Sunday.

The Toro Rosso rookie, who finished P9, easily provided the pass of the day when he went on the outside of the Force India at Turn 1 and then completed the move at Turn 2.

The 18-year-old admitted that he drew inspiration from Raikkonen, who also provided a thrilling overtake on Michael Schumacher at the Senna Esses in 2012.

"I saw it a few years ago between Raikkonen and Schumacher," the 18-year-old said. "I thought that looked nice – and then I had the opportunity to do it. You can do your best, but if the other one doesn't care and smashes you off track then it is over. Luckily Checo is very fair, so we had a great fight."

Verstappen, who also overtook Sauber's Felipe Nasr at the same corner, was happy to get the job done without any damage.

"There was a bit of clear air, and I braked around the outside, trying not to lock up," he said. "He was trying to push me wide, and we had a little touch in to Turn 2. But that was good for me as it meant I could get the job done."

Verstappen is 12th in the Drivers’ Championship having scored points in his last six races.

"I compare him to Schumacher and Senna. I feel like in the early stages of his career he is that good," Jordan said.