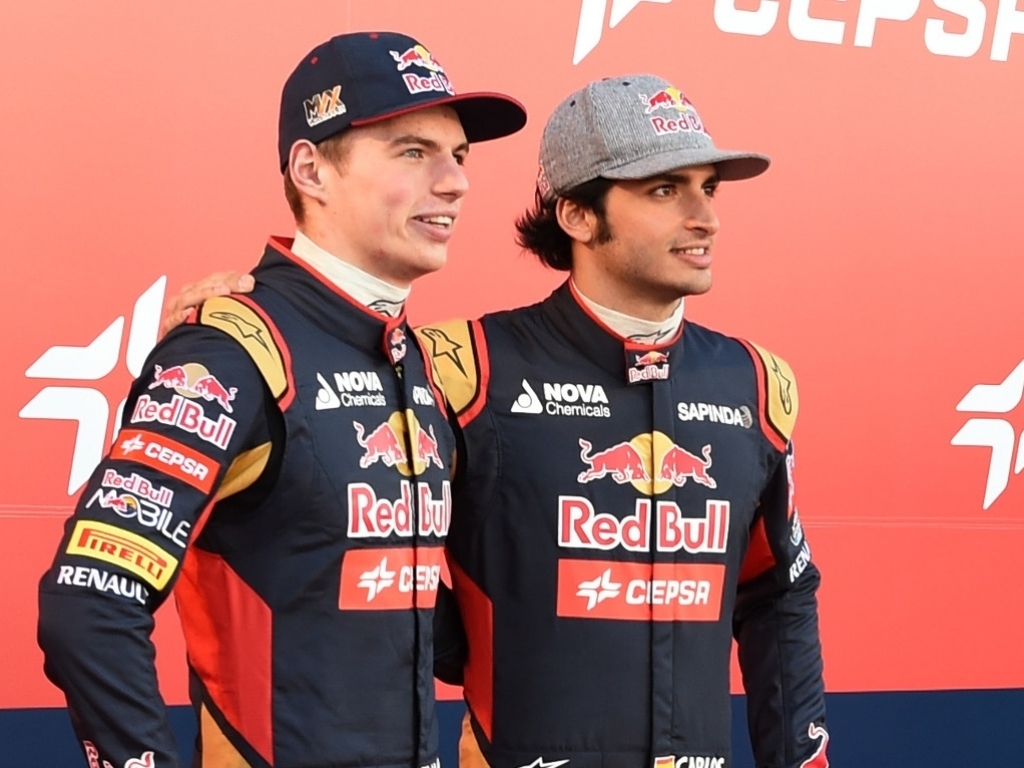 He may be the youngest driver on the 2015 grid but Max Verstappen is adamant he's up to the task of racing for Toro Rosso.

The Dutch driver joined his team-mate Carlos Sainz Jr at the Jerez circuit on Saturday to take the covers off the new STR10 ahead of the first pre-season test.

But despite being the youngest and least experienced – he has just one year of car racing under his belt – driver to contest this year's Championship, Verstappen believes he has what it takes to succeed.

The 17-year-old said: "I can't wait for the season to start and tomorrow will seem like a very long day, watching Carlos in the car!

"With two days in the 2014 car at the Abu Dhabi test and the Friday mornings I did last season, combined with time spent in the simulator, I feel well prepared and I'm really up for this challenge, which is very exciting.

"Six days on track here in Spain and then it will be time to head for Australia and my first grand prix, something I have been looking forward to ever since I started karting."

As for Sainz, he enters Formula 1 on the back of his Championship success in Formula Renault 3.5 and will be the first to test the STR10 on Sunday.

"I am very happy to be making my first official appearance as a Formula 1 driver here in Spain and I am looking forward to trying the car for the first time tomorrow," he said.

"I have worked very hard over the winter on my personal fitness, as well as spending time in Faenza to familiarise myself with the team, having also done some days in the simulator.

"Now we have just 12 days to prepare for Melbourne, so going through all the race weekend procedures will be a priority for me, as well as putting in as many miles as possible behind the wheel."