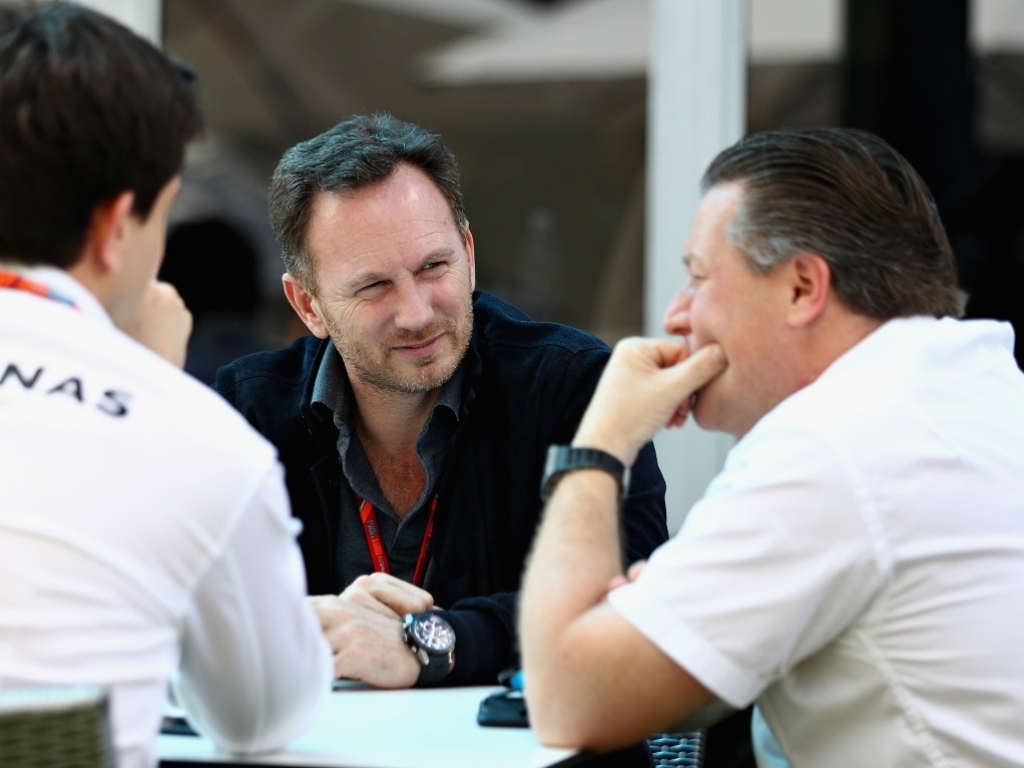 Christian Horner reckons McLaren and Fernando Alonso “barking mad” for allowing the driver to contest the Indianapolis 500, saying he “needs to see a psychiatrist.”

Earlier this week McLaren shocked many in the paddock when it was announced that Alonso would miss this year’s Monaco Grand Prix to race in the 101st Indianapolis 500.

The Spaniard has a month and a half to prepare for the IndyCar race, and has to do so between his Formula 1 commitments.

Horner reckons McLaren and the driver are “barking mad” for doing so.

“It’s a difficult one for Fernando, he’s having a tough time,” the Red Bull team boss said in Friday’s press conference in Bahrain.

“Zak [Brown] has got a problem, he’s got a depressed driver on his hands, he’s trying to keep him motivated.

“He’s come up with this idea, send him to Indianapolis.

“He must be barking mad, it’s the nuttiest race I’ve ever seen.

“No testing, he’s going to just jump in the car… Turn 1 is a proper turn, it’s easy flat the whole way round.

“I think he needs to see a psychiatrist, personally!”

He added: “Would we let our drivers do it? No.

“If a driver is with your team it is like like disappearing with another girlfriend halfway through the year and then coming back, doesn’t seem the right thing.

“Perhaps if the races didn’t clash, or do it at the end of his Formula One career… but McLaren have got this approach which is perhaps different to ours, but good for them.”

Er… sorry Christian, which of us needs to see a psychiatrist?! ? pic.twitter.com/7nkmsUTfen