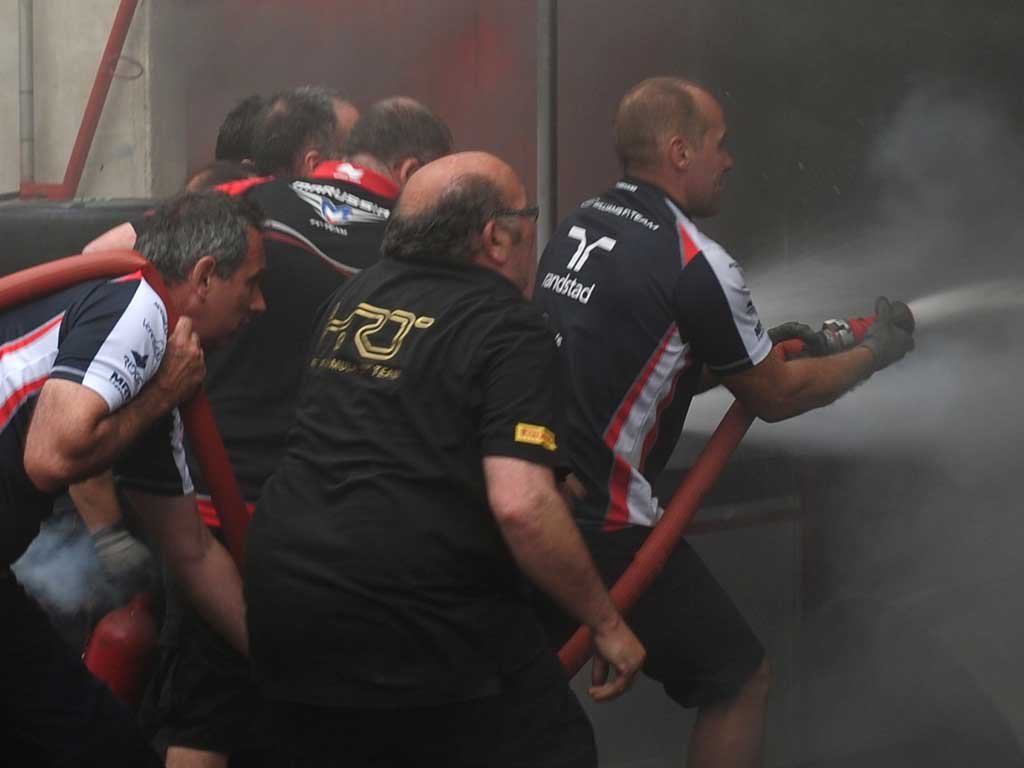 McLaren and the rest of the paddock have offered to come to Williams’ rescue in the wake of the devastating fire that swept through their garage in Spain.

With the Monaco GP starting in just over a week, it leaves the Grove squad with little time to replace or repair the damaged goods.

“We had a lot of damage and lost a lot of equipment, including IT equipment,” chief operations engineer Mark Gillan said.

“We will have everything we need to run operationally at Monaco, but we may be missing a few of the extras because obviously we don’t carry a complete set of spares for everything.”

McLaren, whose sporting director Sam Michael, technical director Paddy Lowe and director of development/design Neil Oatley used to work for Williams, have offered to help out their rivals.

The Woking squad are reportedly ready “to loan equipment to Williams to ensure they can compete as strongly as possible in Monaco”.