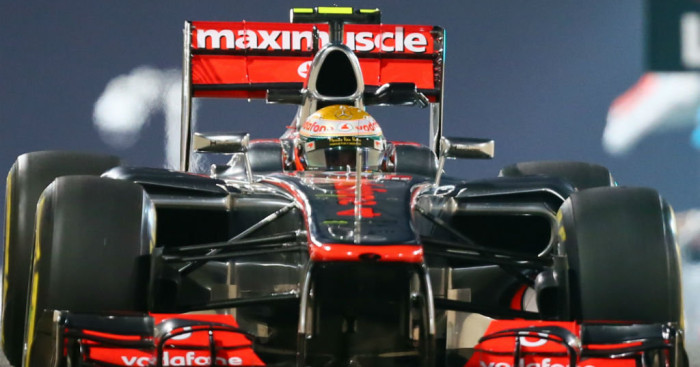 Lewis Hamilton believes McLaren have “plenty to build on” after taking the fight to Sebastian Vettel in Friday’s practices in Abu Dhabi.

Having set the pace on the medium tyres in the weekend’s first practice, Hamilton lost out to Vettel in the second as the Red Bull racer edged him by 0.168s on the soft tyres while in qualifying trim.

Vettel’s rise to the top, though, came as no surprise as the Red Bull racer and his RB8 have been supreme in recent weeks.

Hamilton, though, is still hoping to challenge the Red Bulls come qualifying.

“Our car looked good in FP1, but FP2 was a little bit more of a challenge for me,” said the 27-year-old.

“It was quite tricky to get a good time from the Option [tyre], so tonight we’ll need to do some work around figuring out how to switch our Options on.

“We anticipated that Sebastian would be quick – and, in FP2, in particular, the Red Bulls duly picked up pace. But, as I say, our car was quick in FP1, and very near the top of the timesheets all day, so we’ve got plenty to build on.

“We’ll work as hard as we can tonight, as always, and, if we can get ahead of the Red Bulls in qualifying tomorrow, it’ll be a huge bonus for us.”

As for Jenson Button, he too had a difficult time getting his soft tyres to work and admits that is vital to securing a good grid slot come qualifying.

However, if McLaren struggle to beat the Red Bulls, the Brit hopes to get back at them on his race pace.

“It’s going to be crucial to get the Options working well for qualifying tomorrow.

“I wanted to do plenty of laps during my long run today, since I missed out on quite a lot of long-run running on Friday in Delhi – and that set me back for the rest of the Indian Grand Prix weekend.

“I’m pleased to report that our car feels reasonably good over a long run here, so now we’re going to be focusing on understanding just how hard we can push the tyre during a long run.

“If our race pace can be as quick as the Red Bulls’, then that’s probably even more important for Sunday’s race than qualifying in front of them on Saturday will be.”