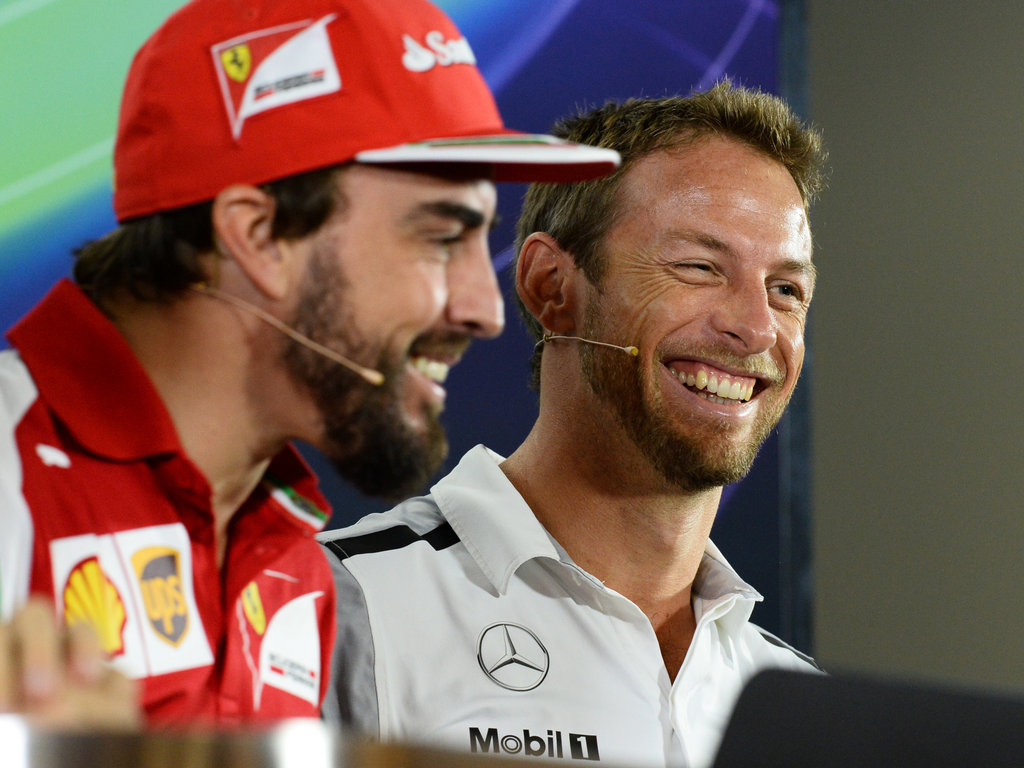 They have taken their own sweet time, but McLaren have finally confirmed Fernando Alonso and Jenson Button for the 2015 season.

After weeks of speculation about who would partner the returning Alonso, the team announced on Thursday at their Surrey headquarters that they have opted to start their new Honda era with an experienced line-up.

It means they will have the oldest line-up on the grid next year as Button is turning 35 in January and Alonso 34 in July.

“As regards drivers, McLaren’s policy has always been to assemble the strongest line-up possible, and in Fernando and Jenson I firmly believe that is exactly what we have,” McLaren Charmain and CEO Ron Dennis said.

“We signed Fernando a little while ago, but we decided not to announce the fact until we had also re-signed Jenson as his team-mate. For many reasons our negotiations with Jenson took quite a long time, but, now that they have been concluded, we are confident that our collaboration with him will continue to thrive in the future every bit as well as it has in the past. Make no mistake about it, Jenson is 100% committed to McLaren-Honda, to Formula 1, and to winning.”

Two-time World Champion Alonso signed for the team several weeks ago to seal a second stint at the Woking-based squad, which comes seven years after his controversial one year with the team.

The Spaniard joined McLaren on a three-year contract ahead of the 2007 campaign, but he quit at the end of that year due to his acrimonious relationship with the team bosses.

He returned to Renault before moving to Ferrari in 2010, but his five years at the Italian outfit failed to deliver any Drivers’ Championships and he finally confirmed at the season-ending Abu Dhabi GP that he is to leave.

Reports have indicated that he signed a two-year deal with an option for a third year, but while his seat at McLaren has been secure for quite some time, the team deliberated for several weeks who should partner him.

And in the end they went for Button and his experience with the 2009 World Champion afforded a 16th season in Formula 1 while next year will mark his sixth consecutive campaign with the Woking team.

The 34-year-old scored 126 points this season compared to Magnussen’s 55 in his debut campaign and finished the year with a string of impressive drives, which helped McLaren to hold off Force India for fifth in the Constructors’ Championship.

Dennis added: “As a pair, he and Fernando are supremely experienced. Fernando has started 234 grands prix, has converted 32 of those starts to victories, has stood on a grand prix podium 97 times, and has won the drivers’ world championship not once but twice. He is a class act.

“He is 33 – which, for an athlete as physically fit as he is, constitutes a Formula 1 driver’s professional prime of life. Moreover, he is old enough to be experienced and expert, yet young enough to be enthusiastic and energetic. I therefore firmly believe he will deploy those four e’s – experience, expertise, enthusiasm and energy – to drive forward McLaren-Honda’s on-track success next season and for quite a few seasons to come.

“As for Jenson, at 34, he is every bit as fit as Fernando but even more experienced: he has started 266 grands prix, has won 15 of them, and has stood on a grand prix podium 50 times. He, too, is an ex-world champion, and is one of the smoothest and fastest guys out there.

“To sum up, Fernando and Jenson have started a combined total of precisely 500 grands prix between them – a mighty aggregate – and have won 47 of them.

“I can safely say, therefore, that we now have by an order of magnitude the best driver line-up of any current Formula 1 team.

“Finally, I want to thank and pay tribute to Kevin, who has done a great job this season and will continue to be an integral part of our team. He will be our test, reserve and third driver, and remains an excellent prospect for the future.”

Magnussen, though, will stay in Formula 1 and with McLaren after they confirmed him as a test and reserve driver for next year.