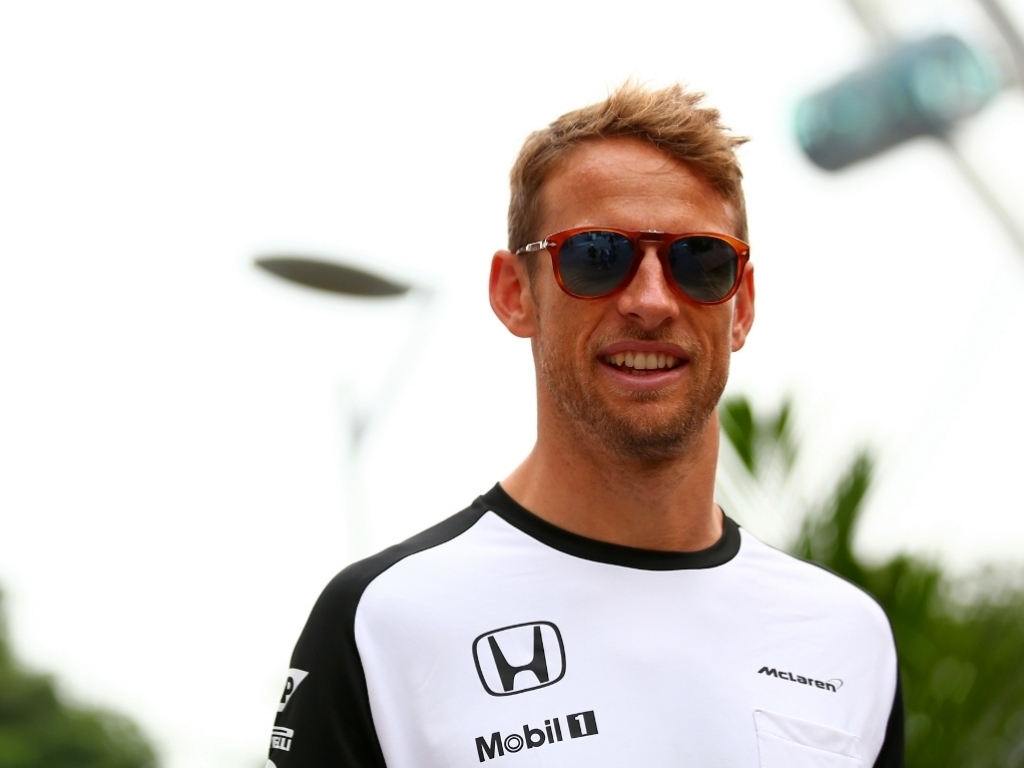 McLaren have ended speculation over Jenson Button’s future by confirming him for the 2016 season.

Barely a fortnight ago reports claimed that Button would announce that he is to bring the curtain down on his 16-year Formula 1 career at the end of the current campaign.

However, when asked about his future ahead of the Japanese Grand Prix, he side-stepped the issue and said journalists took his comments out of proportion.

McLaren’s Jonathan Neale, though, hit back by saying “if your driver doesn’t really want to be in the seat we have to respect that”, but Ron Dennis then stated after the race in Suzuka that the Woking team want Button and Fernando Alonso to remain with the team next year.

And Dennis and McLaren have finally put the issue to bed by announcing that the 2009 World Champion will race for them in 2016.

“Jenson and I have been discussing his plans in private for the past few weeks, and the fact that our talks have led to today’s announcement is very pleasing to both of us and will delight and motivate all at McLaren-Honda,” Dennis said in a statement.

“As I have made clear whenever I have been asked about the subject, Jenson’;s current contract is of two years’; duration [2015 and 2016]. There is a ‘terminate after year one’ option that McLaren could have triggered if we had wished to do so, but, once it became clear from my many conversations with Jenson that he remained as enthusiastic and as committed and as focused as ever, that option immediately became an irrelevance. That being the case, Jenson will race for McLaren-Honda next year, under the terms and conditions as set out in the two-year contract that both parties entered into a year ago.

“As I say, I am extremely pleased. Jenson is the most experienced driver currently racing in Formula 1, and next season he is due to become only the third driver [after Rubens Barrichello and Michael Schumacher] in Formula 1 history to pass the milestone of 300 Grands Prix. But, although that wealth of experience makes him a massively valuable asset to our team, hugely expert in all aspects of the 21st-century Formula 1 driver’s craft, he is also supremely fit and as super-fast as ever.”

Button, who will celebrate his 17th season in Formula 1 next year and his seventh with McLaren, admits he was considering his future in the sport.

“Over the past month or so I have done quite a lot of thinking, and it is no secret that I was at one point in two minds about my future,” he said.

“But I have been a McLaren driver for six seasons now [2010-2015], and in that time I have got to know Ron very well. He and I have had some very good chats these past few weeks, and during those chats it has become clear to me that Ron is both utterly determined and uniquely equipped to lead our team through its current difficulties to great successes in the future. That gives me great confidence, and it is for that reason that, together, he and I have decided to continue our partnership; and, as soon as I had made that decision, straight away I realised it was the correct one.

“Okay, granted, this year has not been an easy one for us, but we know what we need to do to improve things and, in collaboration with Honda, we will work extremely hard over the next weeks and months in order to make sure that 2016 will be a much better season than 2015 has been.”