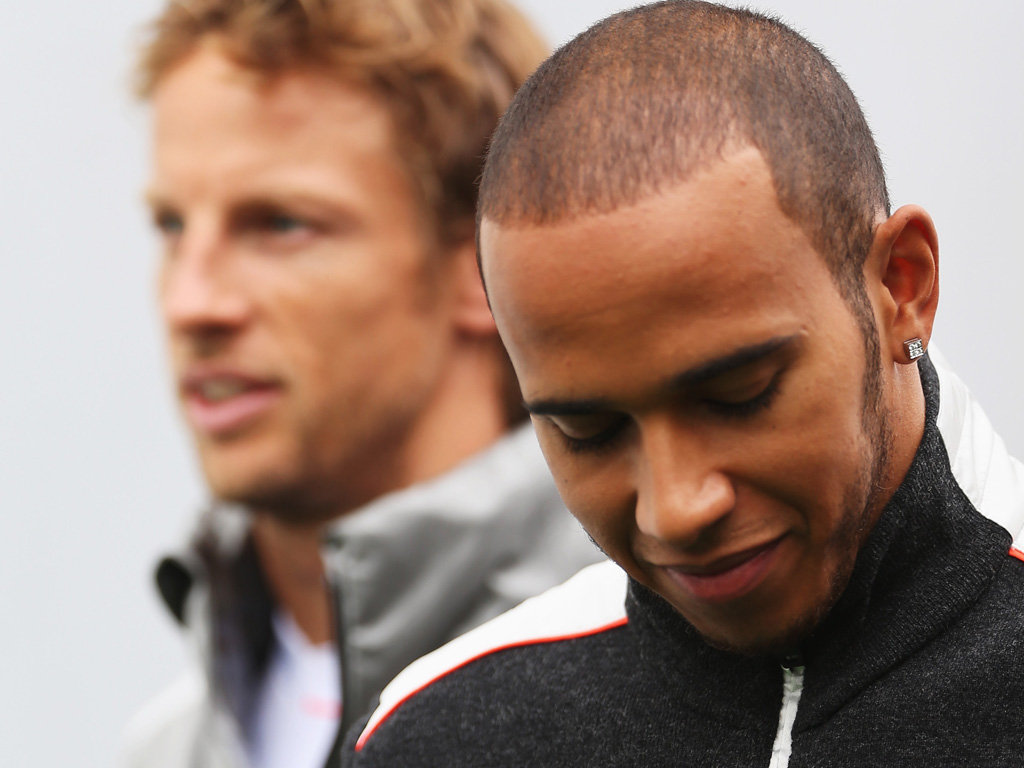 McLaren have defended Lewis Hamilton’s move to unlap himself off Seb Vettel, saying it didn’t hold him up as he “couldn’t keep up with” Hamilton…

McLaren have defended Lewis Hamilton’s move to unlap himself off Sebastian Vettel, saying it didn’t hold up the German because he “couldn’t keep up with him.”

Vettel was not at all happy with Hamilton in the wake of Sunday’s German GP after the McLaren driver got involved in the leading battle despite being a lap down.

The Brit, who suffered a puncture early in the grand prix, emerged from his second pit stop behind Vettel and, having better pace, set about unlapping himself off the German.

McLaren, though, insist Hamilton did nothing wrong.

“It was completely legal,” sporting director Sam Michael told Autosport. “He came out and he was fast. We said to him that you’ve got blue flags for Jenson.

“When you get a blue flag, you have two choices. You let the car past, or you speed up significantly.

“So we told him to speed up significantly and overtake Vettel and he did so. He didn’t hold Vettel up at all because Vettel couldn’t keep up with him.

“So it didn’t have any material impact on Vettel’s race and it’s completely legal.”