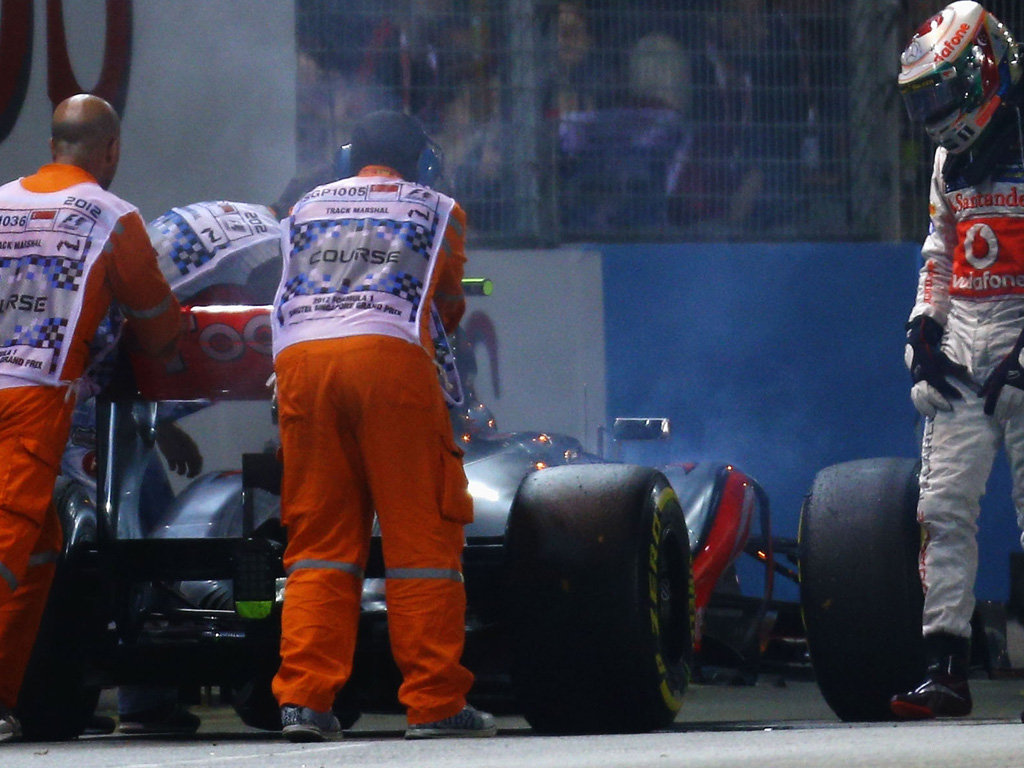 Sam Michael has denied claims that McLaren were aware of Lewis Hamilton’s gearbox issue ahead of Sunday’s Singapore GP.

Leading the grand prix from pole position, Hamilton was maintaining his advantage over Sebastian Vettel when, on lap 23 of the flood-lit race, his McLaren slowed down, forcing him to park it.

The Brit’s race engineer was heard saying: “We have a gearbox failure. I’m sorry, we did everything we could yesterday.”

McLaren, though, denied that the comment meant they were aware of the gearbox issue on Saturday.

“No, Not before,” Michael told Autosport.

“They [gearbox warnings] have happened a number of laps before and we have started seeing some issues a few laps before [in other races]. Sometimes it can last all race and sometimes it doesn’t, so we had a pretty clear warning.”

The sporting director also refuted suggestions that Hamilton’s brush with the wall during Saturday’s qualifying had anything to do with the failure.

“We had a full inspection after qualifying, and it wasn’t related to that,” he said.

“I can’t see any sign that it is related to that. It is extremely unlikely based on what I think the failure is in my head.”