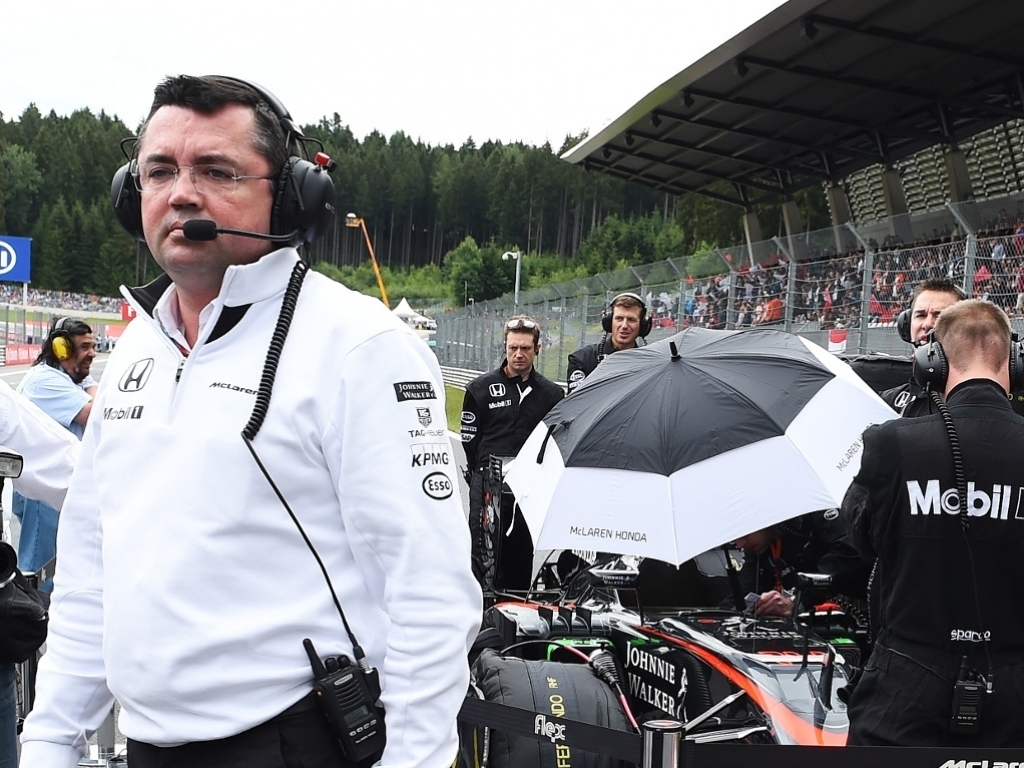 Amidst reports that McLaren vetoed Red Bull's proposed link up with Honda, Eric Boullier has made it clear that the Woking team won't share their engine partner.

McLaren parted ways with Mercedes after the 2014 season and joined up with Honda, stating at the time that it was the only way they'd get around to winning more World titles.

And although they have been far from that in their first season back together, there have been signs of progress of late.

That reportedly caught the attention of Red Bull Racing, who are without an engine supplier for 2016 after dropping Renault only to be turned down by Mercedes and Ferrari.

"As a customer of an engine manufacturer you can't be World Champion.

"This is a privilege we found and we don't want to share."