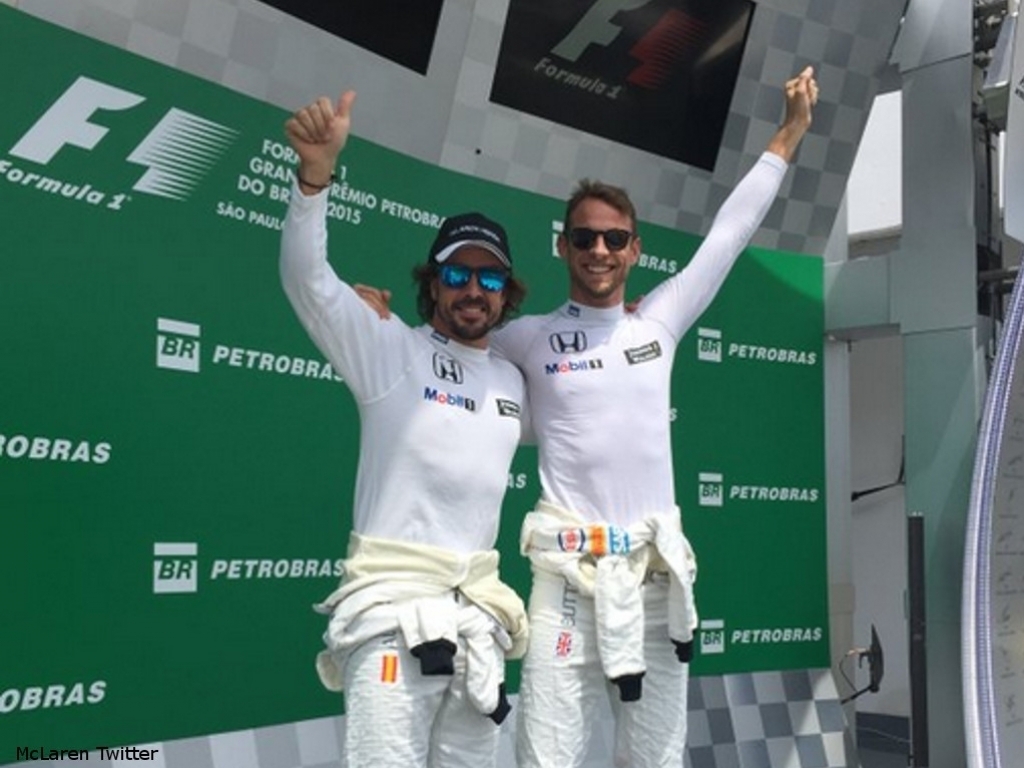 Fernando Alonso and Jenson Button made the podium in Brazil but on Saturday and as visitors, not on Sunday as race winners.

The team-mates had yet another disastrous Saturday afternoon as Alonso broke down in qualifying without a time to his name while Button finished down in P17.

Meeting up in the pits the duo walked past the Interlagos podium and realised that was the closest they'd be getting to one this season.

So it was photo time.

"We passed that close to the podium, Jenson and me, and said we will not be that close again so let’s take a picture," said Alonso.

As for Button, he says that podium visit was his highlight of the weekend.

"I'm not sure if we'll get in trouble for that, but it was a lot of fun," he said. "The most fun I've had this weekend…"