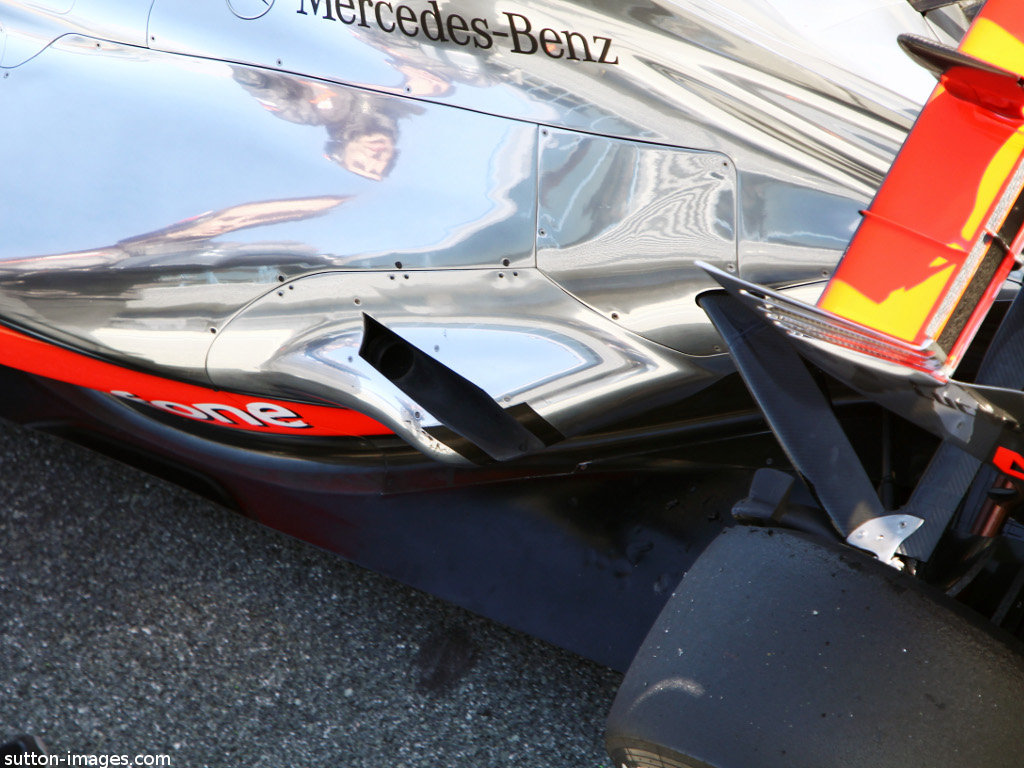 McLaren and Ferrari have been handed a boost after their exhaust designs were reportedly declared legal by the FIA’s tech man Charlie Whiting.

For this year’s campaign, Formula One has implemented a ban on blown diffuser exhausts and one of the rules relating to the ban states that the exhaust outlets must now be visible from above.

Questions were therefore raised at the start of pre-season testing about the design of the new McLaren and the Ferrari as neither has an outlet that can been seen from above.

But, according to Sky Sports’ F1 pit lane reporter Ted Kravitz, Whiting has given both teams the go-ahead.

“I understand from sources in the pit lane that FIA Race Director Charlie Whiting has told the teams that he considers Ferrari and McLaren exhaust designs as legal,” Kravitz told Sky Sports News.

“Even though the way those two teams have packaged their exhaust outlets, with channels leading exhaust gases out to specific areas of the car and therefore appearing to have a beneficial aero effect, which is against new exhaust regulations, it seems Whiting believes that they comply sufficiently with both the letter and the intention of the law.

“This has been accepted by the other teams, who launched with less aggressive exhaust concepts and it means that they will now effectively green light their own, shall we say more exotic, exhaust designs.

“We can expect to see these in time for the third test in Barcelona, if not before.”