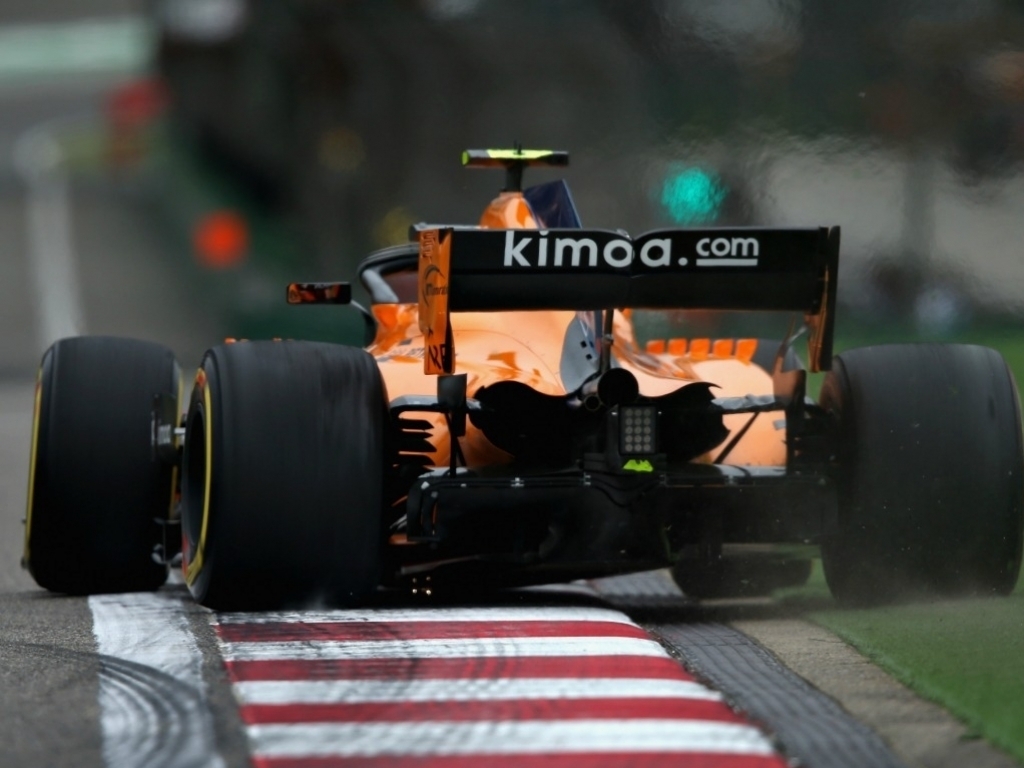 McLaren are now the third team this season to be fined by the FIA for an unsafe release after a pit stop.

In the latter stages of FP2 in Shanghai, Stoffel Vandoorne re-emerged from the pit lane with a loose right rear tyre and the Belgian was forced to bring the car to a halt.

The safety of pit stops has been a major talking point so far this season, with Haas involved in a double botched stop in Australia and Ferrari engineer Francesco Cigarini breaking his leg in Bahrain when Kimi Raikkonen was wrongly released.

Now McLaren are next under the spotlight, and have been fined 5,000 Euros.

“The stewards reviewed the video and audio of the pit stop of Car 2 and heard from the team representative,” read a report.

“The stewards determined that the car was released in an unsafe condition as the wheel was not properly attached to the car when released.

“The driver stopped the car in safe manner as soon as the above became apparent to him.

“Consistent with previous decisions of a similar nature, the stewards decided that the grid place penalty mentioned [in the regulations] would not be applied as the driver took all appropriate actions at the first available opportunity.”