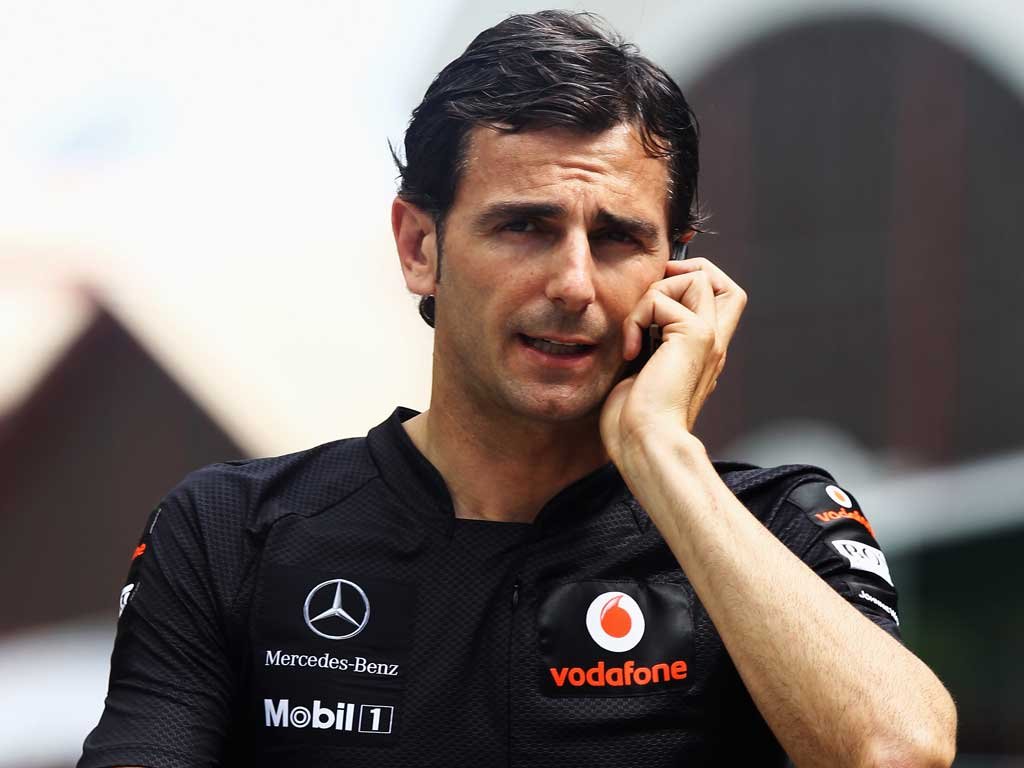 McLaren team principal Martin Whitmarsh has heaped praise on the departing Pedro de la Rosa who will be driving for HRT next season.

De la Rosa confirmed on Monday that he stepping down from his role as test and reserve driver at McLaren to return to racing with the Spanish-based team.

The 40-year-old started his association with the Woking squad in 2003, but briefly left to drive for Sauber in 2010. After losing his seat to Nick Heidfeld and testing for tyre manufacturer Pirelli, he returned to McLaren at the start of the 2011 season.

Whitmarsh had nothing but good things to say about Spaniard De la Rosa.

“Pedro’s contribution to McLaren has been fantastically valuable – perhaps even more valuable than may be apparent to outsiders in fact – ever since he joined us in 2003,” said Whitmarsh.

“As a test driver, he’s been extraordinarily hard-working – on track and, latterly, more often, in our simulator – and his feedback has been reliable and expert.

“But his contributions have gone wider and deeper than that: Pedro is the archetypal team player, a big motivational presence in our team, and, perhaps because of that, he’s someone whom I personally will always count as a true friend.”

He added: “In 2010 and 2011 he drove some races for the Sauber team – and, although he’s always approached his test and development work with McLaren with energy and enthusiasm, he remains a racer at heart. For that reason, we understand and support his decision to join HRT as a race driver, and we wish him well. It goes without saying, however, that he’ll be missed.”

Whitmarsh added that Gary Paffett and Oliver Turvey, who were on duty during the recent Young Driver Test in Abu Dhabi, will share test and development work.

“We’ll continue to be well served by Gary and Oliver, both of whom will continue their excellent test and development work for us in Pedro’s absence,” he said.