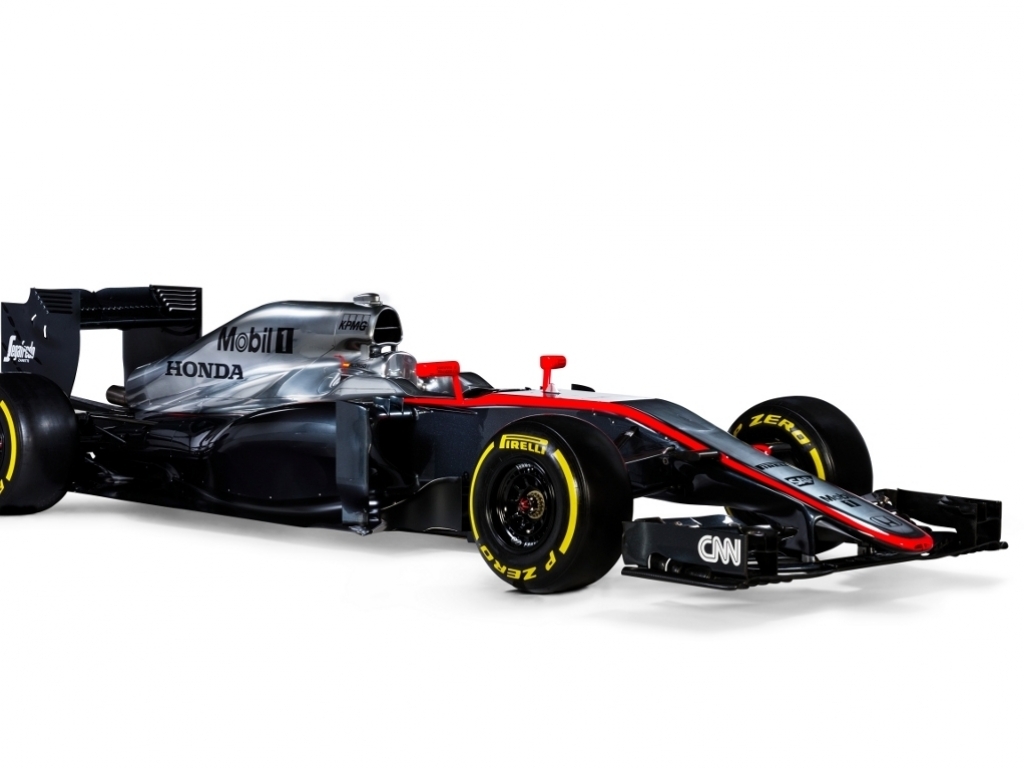 One of F1's most dominant partnerships ever is back together as McLaren-Honda took the covers off the new MP4-30 on Thursday.

Targetting another era of domination, Fernando Alonso joined Jenson Button in taking the covers off the new MP4-30 during an on-line launch.

The car, which features a black-and-silver livery shot through with red, is "a thoroughly refined evolution" of last year's MP4-29 but features the distinctly new 2015 nose design.

"Relatively stable technical regulations between seasons have permitted our engineers to evolve some of the newer philosophies explored on last year’s season-ending car while also adding some exciting new technical DNA into the mix," McLaren said in a statement.

"Moreover, our restructured and strengthened engineering departments have gained the conviction to embark on a number of changes of direction. With that in mind, the MP4-30 has been developed to provide us with the most effective and practical base package. It is a foundation – offering up a number of new exploratory development paths for our engineers, aerodynamicists and drivers to pursue during the season, and on into next year.

"The car has been aerodynamically developed over the winter, and the result is a pretty, elegant design with a refined nose-box solution, slimmed rear-end packaging – particularly around the gearbox – and the incorporation of an all-new power unit under its tightly contoured bodywork."

McLaren CEO Ron Dennis has hailed the rejuvinated partnership of McLaren and Honda, stating there is a "real hunger" within the team to repeat yesteryears success.

He said: "McLaren-Honda is a partnership focused on performance, technology and innovation, and there’s no better example of that than the results achieved in our first collaboration in the 1980s and 1990s.

"I was Team Principal all those years ago and, while I don’t tend to like looking back to the past, our previous record of sustained success was certainly instrumental in creating the confidence to make the decision to partner with Honda again. Now, there’s real hunger to demonstrate the capabilities of the huge talent pool we share between us, and I’m totally committed to driving progress and achieving further success.

"Although our renewed alliance began again many months ago, the launch of the McLaren-Honda MP4-30 marks the start of a lengthy journey.

"We’ve come a long way already and, although there’s a lot of work to do before we can expect to repeat the level of success we enjoyed together 25-or-so years ago, it’s already clear that there’s enormous synergy and potential in our partnership, and I’m positive that, together, we’ll get to where we want to be: winning Grands Prix and eventually World Championships as McLaren-Honda."