Home Uncategorized McLaren: Light At The End Of The Tunnel? 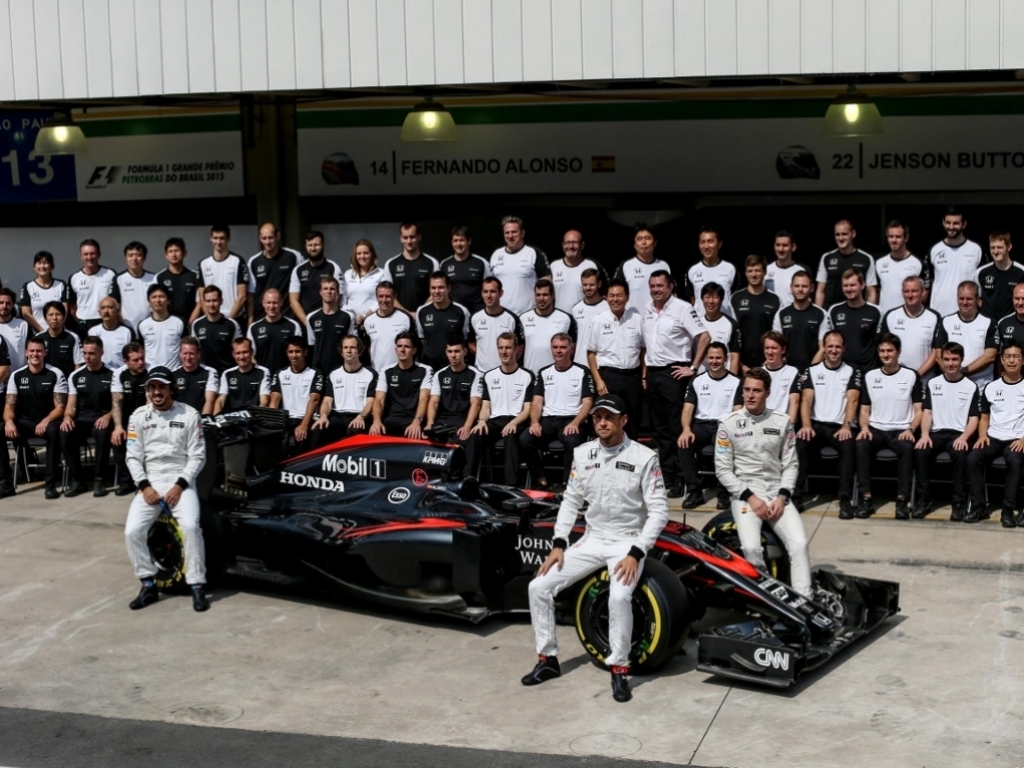 McLaren-Honda have a challenge on their hands to return to the front, but Matt Somerfield feels it’s not all doom and gloom.

The 2015 season certainly won’t go down in the annals of McLaren’s history. In fact, it’s probably one the team would like to forget and so I can’t see the MP4-30 being placed front house at the MTC any time soon. It’s been a tough year for the Woking-based squad with Honda but one of the team’s shortcomings. Granted Honda’s return to the sport has been a lot less impressive than anyone could have anticipated, but the team themselves are going through a tough transitional phase and this must be taken into consideration too.

Peter Prodromou’s arrival from Red Bull has been a massive coup and he undoubtedly tried to help influence the design of the 2015 challenger. However, changes of this magnitude cannot happen overnight, with both working and aerodynamic philosophies taking time to install. You could argue that the MP4-30 was just a simple copy and paste of the Red Bull that Peter helped to design in the past, but at the core it was still very much a McLaren design-led chassis, which leads to compromises, with Peter arriving too late into the design phase of the MP4-30 to have full influence.

For several years now McLaren have followed a different design path to the rest of the field and whilst this is commendable and as such everyone has to lead at some point, it has been clear that the leaders have been edging further away.

It’s not all doom and gloom though, as the MP4-30 has on numerous occasions shown, from a chassis perspective, that it can hold its own. Furthermore, in the latter part of the season the team have been moving ever closer toward some of the concepts run by the likes of Red Bull, copying their front wing design and trialling the car with more rake. These are all things that help the team, as a whole, understand the philosophy and lay the foundations for their 2016 challenge.

Meanwhile, Honda cannot argue that their powerunit has failed to deliver during the 2015 season. Not only has it lacked performance but has struggled with reliability too, Fernando Alonso using 12 powerunits, which is essentially three seasons’ worth. Their improvement must be vast and deal primarily with the issues of fuel consumption and ERS deployment. The Japanese manufacturer’s use of a split turbo configuration running between the ICE’s vee is a massive coup in terms of the PU’s footprint. However, this comes with its own compromises that will need to be dealt with for 2016.

Honda will be pleased by the WMSC’s decision to allow 32 development tokens for 2016 rather than the 25 that was originally scheduled. However, it is a figure they share with all their counterparts and so they’ll still need to spend them wisely. One of the biggest issues for Honda is rectifying their energy recovery and deployment issues. Key to this will be the redesign of the Turbo and MGU-H, as the MGU-K has limitations placed on it whereas the H does not. The likes of Mercedes and Ferrari’s turboes are able to produce far more boost than is required and therefore use the H to slow the turbo, recovering electrical energy, the Honda PU does not.

If you compare the size of the Honda turbo with the Mercedes one, although they’re both split and run between the vee the compressor and turbine sizings are dramatically different. That’s not to say what Honda have tried in terms of packaging is not achievable, as Ferrari’s are fairly comparable in size. However, it is clear to see from their deployment strategies that they need to make more energy available to the K, for a longer period of time and work more on the energy relationship between the H and K, bypassing the energy store.

As we edge ever closer to the first pre-season test in February it is clear that McLaren and Honda have a challenge on their hands if they want to return to the sharp end and it will be fascinating to see where they lie in the pecking order come qualifying in Melbourne.