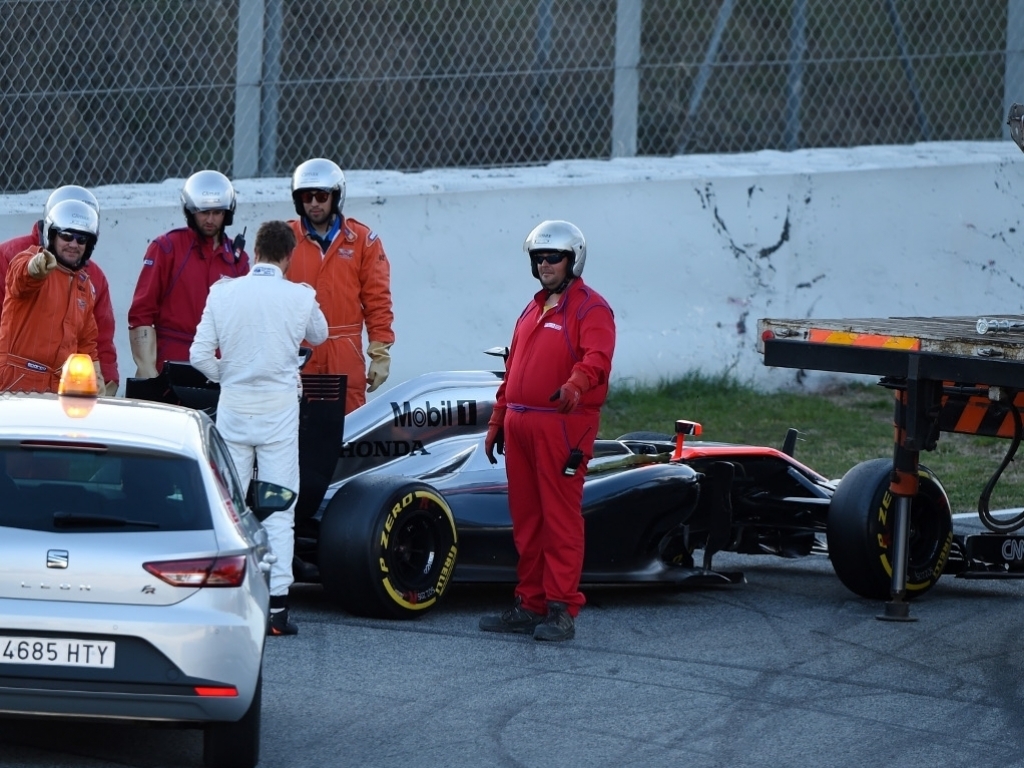 McLaren concluded pre-season testing on Sunday pretty much the same way they started as they were forced to end the day early due to reliability issues.

Jenson Button managed only 30 laps in the MP4-30 before the team were forced to call a halt to their day's work due to a water leak, leaving the Woking squad underprepared for the season-opening Australian GP on 15 March.

"Looking back at the last four weeks, our winter test programme has been difficult. However, that wasn’t entirely unexpected: this time last year, we saw many teams in a similar situation when they introduced new power units for the first time. This year, we also had the added complexity that very tight packaging brings," Boullier said.

"In overview, the lack of mileage means we won’t be as ready as we’d have liked, but we can take away the positive that all the running and data gathering we’ve done have confirmed that we’re achieving the targets we set ourselves.

"Even if it’s likely to be a difficult start to the season, we know we can develop hard and fast, and that we’ll surely unlock the huge potential that lies within the McLaren-Honda MP4-30."