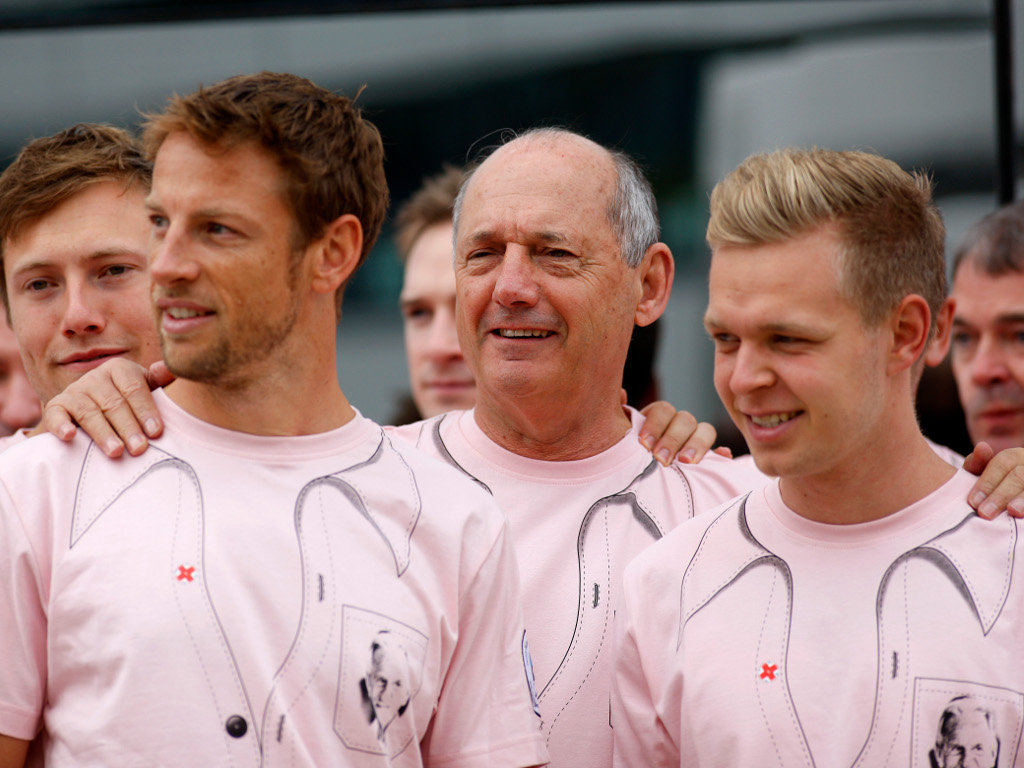 The future of Jenson Button and Kevin Magnussen will be on the agenda when McLaren’s annual board meeting takes place on Thursday.

According to Press Association Sport, the Woking team’s driver line-up for the 2015 season will be the main topic of discussion for the team’s executives, with Button and Magnussen likely to be considered as Fernando Alonso’s team-mate for next year since the Spaniard’s return to McLaren for next season is something of an open secret.

“I’ve not made up my mind yet, but (the decision on the driver line-up) is not mine alone, and anyway, it wouldn’t be appropriate,” McLaren group chief executive Ron Dennis said after the end of the season-ending Abu Dhabi Grand Prix last month.

“Any decision has to be supported by the shareholders and the board.

“It’s pretty understandable we’re looking at two people, and there’s a broader choice than Kevin and Jenson, but nevertheless whatever the decision, it won’t be taken until (the board meeting).”

Lewis Hamilton, a former McLaren driver who partnered Alonso at the Surrey outfit for a season believes the Spaniard is a much-changed character from the one that departed in 2007 for Ferrari.

“It’s an interesting decision, and a new experience for the team,” Hamilton said.

“I wish him [Alonso] all the best. Fernando has grown a huge amount over the years, both as a driver and in terms of his maturity. I wish him all the best.

“Having the previous experience with Ron he’ll definitely have a much better handle on it, and perhaps won’t be in as tricky a situation as he was back then.”