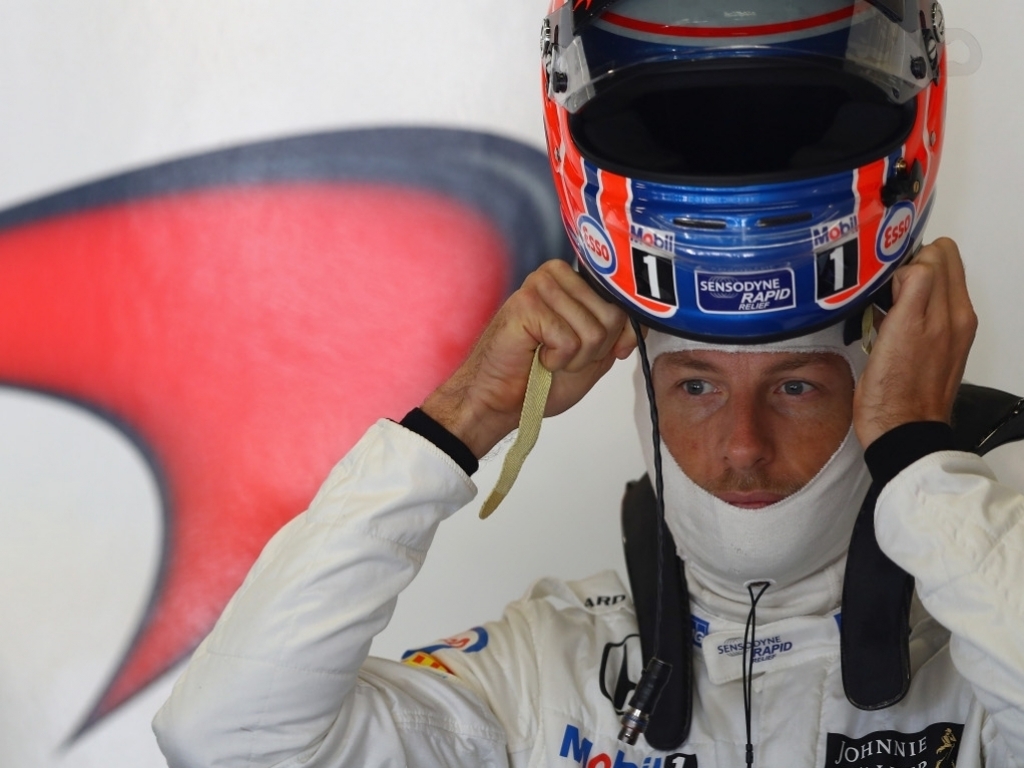 Jenson Button is adamant McLaren are not chasing any one team in the championship, rather they are focused on “improvements and development.”

Although McLaren have scored 24 points in first eight races of this season, a marked improvement on last year’s showing, the team is languishing down in seventh place in the championship.

Button’s results, which have yielded a best finish of back-to-back P9s, are in sharp contrast to that of his former McLaren team-mate Sergio Perez, who on Sunday bagged his second podium of this season in Baku.

Asked if chasing Perez’s Force India team, who are 35 points ahead of McLaren in the standings, is the goal, Button insisted that McLaren are only focused on their own programme.

He told Sky Sports F1: “I don’t know, I don’t think that’s a target for the team. I don’t think we are thinking about position in the championship.

“It is more about seeing improvements and development through the year to put the team in good stead for next year.

“I feel I’m a big part of this team. After every race I’m in the factory debriefing. I feel I’m moving the car in a good direction.

“I’m enjoying it, that part of the job is really enjoyable at the moment.

“We are not winning, we are not on the podium so you have to look for areas that really excite you and that does.”

Button’s future in Formula 1 is one of the hot topics this silly season as the 2009 World Champion is out of contract at the end of the year.

It is not yet certain whether he will remain in Formula 1 and, if he does, if he will be with McLaren.

He has recently been linked to a seat at Williams with deputy team boss Claire Williams saying Button is an attractive option for next season.

Asked to comment on that, the Brit said: “Of course, I think we all would like someone to say that about us so that was very nice of her.

“I don’t know what I’m doing next year. I want to be enjoying myself again. I want to be in a position where I could fight for good results whether is a building year or a podium year. For me that is what I need.

“I enjoy the fight where I am right now and I enjoy getting everything out of the package I have right now but at some point that will get too much.

“Hopefully McLaren will be strong next year and competitive. I’m sure there are other possibilities as well but nothing I’m really concentrating too much on at the moment.”