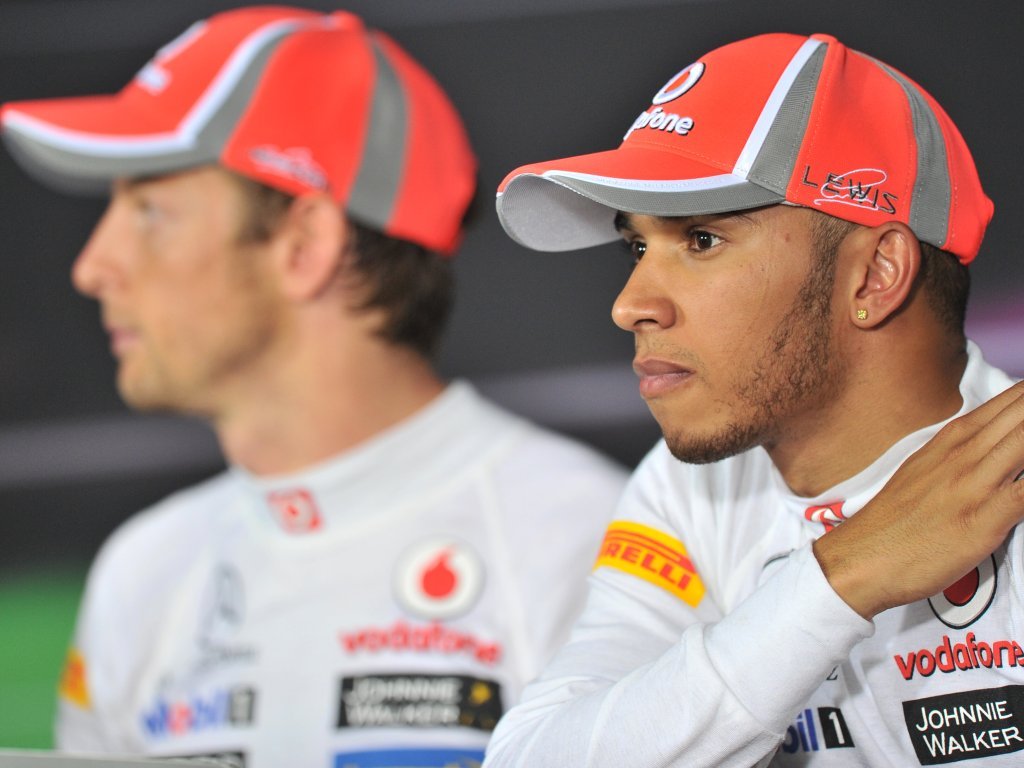 Martin Whitmarsh says there may come a time when McLaren implement team orders in favour of one driver but that they are not yet there.

With nine races to go – a total of 225 points to play for – both McLaren drivers still have a chance at winning this year’s Drivers’ Championship title.

Lewis Hamilton is fourth in the standings, 44 points behind Fernando Alonso, while Jenson Button is seventh, 88 points off the pace.

However, Button’s deficit to his team-mate has raised some questions about whether or not McLaren will ask the 32-year-old to support Hamilton’s campaign.

And although Whitmarsh says they might use team orders, he has stressed that it is still too early.

“It will be quite a few races before we make that decision,” the McLaren team boss said during a Vodafone phone-in.

“There may well come a point (when we use team orders), but there are still many races left and many points on offer – things can change quickly.

“With the performance we were showing going into the break, we should be focused on winning more races and contesting for the Championship. It’s wide open and we’re in contention.

“McLaren prides itself on going into each Championship giving both drivers equal opportunity to win races and fight for the Championship.

“We therefore have to be measured in terms of when we talk to those drivers about putting their support behind the other.

“The good news for fans and for both drivers is that I can assure you both drivers will be going into the Belgian Grand Prix trying to win the race and as a team, we will do our best to allow them to do so.”