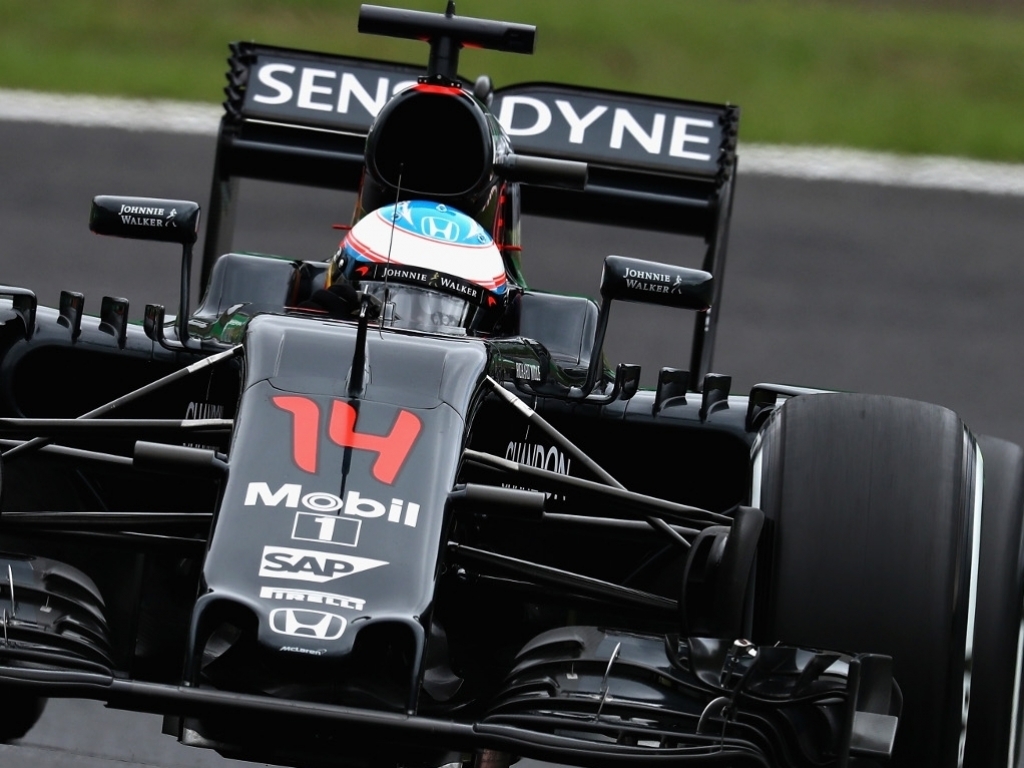 Fernando Alonso is hoping for a positive end to the year while Jenson Button prepares to take his sabbatical.

Fernando Alonso: “The faster first sector and the two long straights in the middle sector at Yas Marina mean that it isn’t a track that will naturally suit our package, but over the course of Friday we’ll work hard to dial in the car to make the most of what we have and extract as much performance as possible.

"It’s an interesting track to set the car up for, as although it’s in the desert the track temperature cools a lot during the course of the race as we reach twilight, so the tyre conditions and grip levels are constantly evolving as we reach the chequered flag. It’s a really unique place and a great circuit to end the season at, and I hope we can push for a positive end to the year.

"I enjoy racing in Abu Dhabi every year. Not just because it’s become synonymous with the end of the season, but there's a unique atmosphere there – a combination of the ‘end-of-term’ feeling, anticipation ahead of the winter development push and the buzz from the fans as we go racing for the final time in 2016.

"From the cockpit, it’s incredible to race at twilight and watch the light fade as you complete lap after lap. It brings a new dimension to the spectacle and makes the whole weekend really enjoyable. For McLaren-Honda, this race marks the end of a significant year for the team, and the last time I’ll race with my team-mate Jenson for the foreseeable future. It’s been a pleasure to work with him and I’ll miss him being in the garage next to me, but he’ll still very much be part of McLaren-Honda’s plans and I want to wish him all the best for the exciting things he has in store for the next step in his career.”

Jenson Button: "I’m really looking forward to this weekend, and have been for a few races now. It marks a very special chapter in my life and I’ll have my friends and some of my family out in Abu Dhabi with me which I’m very excited about. It’s going to be a hugely emotional weekend and I hope with the support of the fans, the team and the people that are closest to me, we can go out there and give it our absolute maximum and enjoy the weekend.

"It’s not the end of my career with McLaren-Honda, but it’s the start of a new phase that I’m incredibly positive about. This race marks the culmination of a huge amount of hard work, dedication and passion for the sport that I love and I’m immensely proud of everything I’ve achieved in the past 17 seasons, and the fantastic progress we’ve made over the past couple of years with McLaren-Honda. It’s been an amazing project to work on and my involvement certainly won’t end here. I’m looking forward to concluding this chapter in style and starting a new one with just as much enthusiasm, and I can’t wait to see what the future holds.

"Yas Marina is a pretty technical race track, with a relatively low average speed thanks to the tight corners in the final sector, which gives it many of the characteristics of a street circuit. Typically, overtaking is quite tricky there, so it’s important we do as much as we can in qualifying and hope for a strong, clean start like many that we’ve enjoyed so far this year, and make the most of our strategy in order to get the best possible result.

"If we use the track time productively on Friday it’ll give us the best opportunity to set the car up for the weekend and, hopefully, avoid a repeat of Brazil where I really struggled for pace in the race. Our package definitely has more potential than that, and I hope that I can push it to the limit and give the team and the fans a good end to the year."