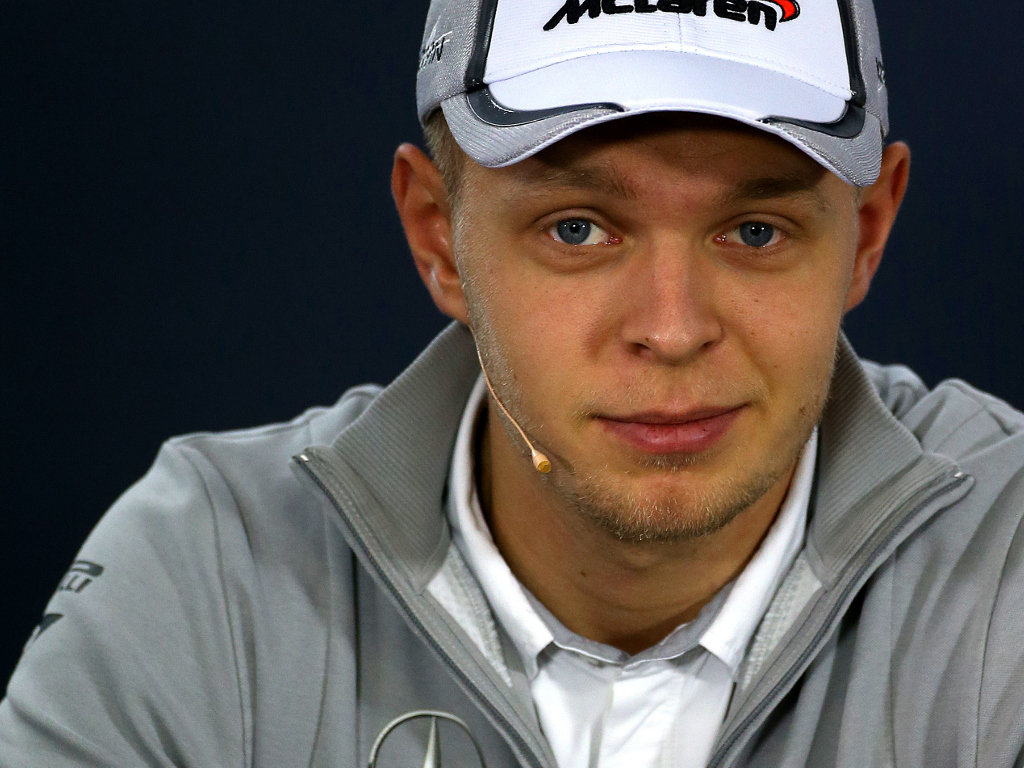 McLaren look to end their long relationship with Mercedes on a high at the season-ending Abu Dhabi GP.

Jenson Button: “I really like going to Yas Marina. I’ve been on the podium there three times and it’s a fun, tricky track to drive on. It’s a circuit of a number of almost completely different sections: fast corners and two long straights in Sectors One and Two, and a tight, twisty, slow-speed bit in Sector Three. It means set-up is an interesting challenge, but, as it’s not such a fast circuit, it doesn’t require quite as much downforce as some of the other circuits we’ve been to recently.

“The result at Interlagos was a great boost for the team. It was the culmination of a lot of hard work by the guys and girls back at the factory and a consistent push to develop the car right up until the last race of the season. I managed the tyres as well as I could and it paid off, so we’ll be aiming for more of the same in Abu Dhabi. Tyre wear isn’t quite co crucial there because the race takes place at dusk as the temperature is dropping, so we’ll try to get as much out of the car’s performance as we can up to the very last lap.

“Abu Dhabi is a great place and a cool location to host the last race of the season. It should be an exciting race, as everyone will be pushing to finish 2014 on a high. For the whole team our ambition is to fight hard but fair as always, and get the result that is deserving of all the hard work everyone has put in to increase our performance throughout the year. I’m really looking forward to it.”

Kevin Magnussen: “Although I’ve never raced at the Yas Marina circuit before, I drove there in the Young Driver Test in 2012, so it’s great to finish this season by going back to a place with such good memories. It’s another anti-clockwise circuit, too, like Austin and Interlagos, so by now we should definitely be in the swing of things!

“Jenson’s result in the last race in Brazil was really positive for the whole team, and shows that our car’s performance is definitely improving. For me personally it was a tough weekend as the car definitely had potential, but we didn’t manage to get the most out of it on my side of the garage, so that’s something we’ll really be focusing on in Abu Dhabi.

“Yas Marina is a great circuit to drive on as it has the best of both worlds: a technical, slower-speed section as well as fast, sweeping corners and long straights, which make it great fun. The atmosphere is fantastic there too, and I’m really excited about racing at dusk for the first time. I really want to finish this season with a decent result for the whole team, who have all worked so hard to keep improving our package race by race.”

Eric Boullier – racing director: “Yas Marina is a fantastic place to come to as the 2014 season draws to a close. It’s a very impressive facility and racing at dusk is a wonderfully unique spectacle for F1 fans all around the world to enjoy. It’s also positive for the sport that the championship will be decided in the final race, so the atmosphere is sure to be electric throughout the entire venue.

“This year has been a huge challenge for the whole McLaren team, but our definite progress as the season has unfolded has been very encouraging. Our push for development has been relentless and this will only continue into the winter as we prepare for next season. We are still improving the car even for Abu Dhabi, with all of our efforts being channelled into next year’s car and moving McLaren ever closer to where we should be, back towards the front of the grid.

“The race in Abu Dhabi also marks the end of a very significant era in McLaren’s history, and we’d like to thank Mercedes for our hugely successful and historic partnership over the past 20 seasons. With double points at stake, we are fully focused on securing the best possible finish in order to consolidate our position in the constructors’ standings, and the aim for the whole team is to conclude the season with a positive result.

“It’s important that we carry strong momentum into the closed season, so it would be great to reward the hard work of everyone at the factory in Woking with some valuable points. At Yas Marina there will be some big winners and big losers as the chequered flag falls, thanks to double points, so, providing we can maintain our recent improved pace, we are aiming to be in the former camp. As usual, we will be pushing from the moment we arrive to configure the optimal set-up on our car, so that we can take as much valuable information into the winter development phase as possible.

“Here’s to an exciting weekend for both the team and the sport as a whole.”