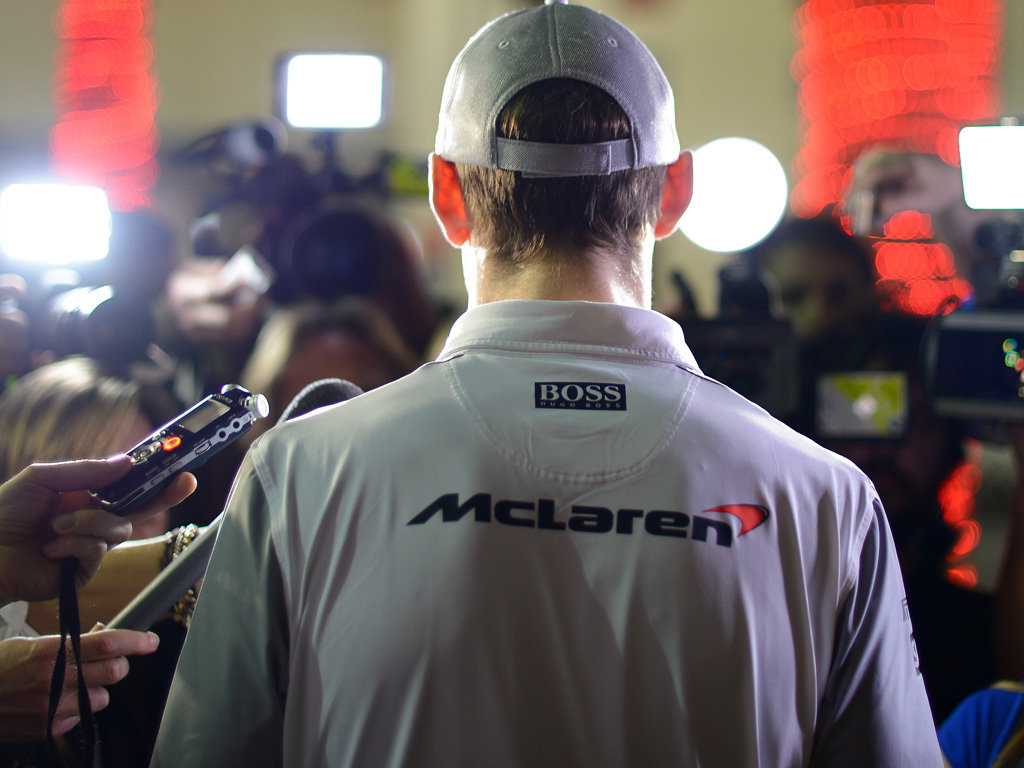 It’s that time of the year again and while Jenson Button has been through it many times, it’s a new experience for rookie Kevin Magnussen…

It’s that time of the year again and while Jenson Button has been through it many times, it’s a new experience for rookie Kevin Magnussen.

Jenson Button: “I think this year’s Australian Grand Prix is going to be an absolutely fascinating sporting contest.

“Even with stable regulations, Melbourne is usually unpredictable. This year, I don’t think anybody knows quite what to expect – will we see more than half the field at the end of the race? Will we see good, close racing? Will the pecking order pan out as we expect? Those are all questions that we’ve yet to see answered, and part of what makes for such a fun weekend.

“The other element that I enjoy about this race is the atmosphere and vibe that you always get in Melbourne. It’s a beautiful city, a place I always love visiting – in fact, I get there early enough to settle my body-clock and to do some training ahead of the grand prix – and the fans at the circuit are always passionate, knowledgeable and enthusiastic. It’s a great place to start what will hopefully be a fantastic year.

“In terms of performance, while there’s plenty of potential within MP4-29, we still think it’ll take a little time to unlock that promise. It’s not quite where we’d like it to be, so I don’t think we go to Melbourne with a package that accurately reflects our progress with the car – it’ll take a little longer for that to become apparent.

“In general, this season is going to be all about continuous development. Our stated aim has always been to try and scoop up a useful haul of points from the opening races – by virtue of solid engineering and good reliability – and then to quickly refine and develop the package, and deliver further performance in due course.

“Nonetheless, I do think the potential is there: MP4-29 has given us what last year’s MP4-28 didn’t – namely, a reliable and predictable platform upon which we can build and develop. In every respect, this year’s car feels different to last year’s, and that makes me excited – which is exactly as things should be as you head off for the first race of the year.”

Kevin Magnussen: “Wow – it feels strange knowing that the next time I drive my car out of the garage, it will be for free practice at the Australian Grand Prix.

“It’s crazy to even think about racing in Melbourne – I’ve never been to Australia before, and the grand prix has always been something that I’ve watched very early in the morning on TV back in Europe. To not only be arriving in a new country, but also taking part in the grand prix is incredibly exciting.

“I think we head down under having had a solid winter – we know we have a lot of work left to do, but we have a good basis from which to go forward. We know where the car is strong, and where there’s more work left to do – and we’re addressing those areas. But I’ve said it all along: the car is driveable and predictable; it does what we ask it to do, which is a positive.

“Personally, it’ll be important for me to finish these early races in order to get some good mileage under my belt. Even though I’ve had a good winter, I’m under no illusions that I’m a still a rookie, and that I’m giving something away to the guys with more experience. However, the new regulations have made it more of an even playing field, so a couple of good practice sessions and some race distances will help enormously in getting me fully race-ready.

“There’s no substitute for being in the car – and there’s so much for me to still learn about driving a Formula 1 as close to the limit as possible while still focusing on tyre management, fuel-saving and the controls and switches we operate from the cockpit.

“But I’m really looking forward to being in a race – that’s why I’m here, and I can’t wait to get started.”

Eric Boullier: Racing director, McLaren Mercedes: “The Australian Grand Prix will be a new start – both for Formula 1 and for me personally – I will feel proud arriving in the Melbourne paddock wearing McLaren team kit. McLaren is a team I’ve always hugely respected – ever since I watched Ayrton Senna and Alain Prost battling in those iconic red and white cars while I was still studying at home in France. To be part of the team means so much to me – but I know that we will not be judged on our past, incredible though it is, but on what we can achieve in the present.

“Our winter test preparations have been largely trouble-free: our aim with MP4-29 was to deliver a solid and reliable platform, which we can develop throughout the season. In terms of full performance, we’re not there yet, but there’s more to come: not least because there’s a hunger and belief that’s evident throughout the entire McLaren organisation.

“In fact, it’s been fascinating to observe and learn how this team operates: I can see so much potential here: the facilities are second-to-none, and the people are hugely motivated. We’re all restless to make progress.

“I think the relationship between Jenson and Kevin is very strong, too: they’ve developed a shared trust, and their feedback has closely tallied, so our engineers have really benefited from their common feedback. Each has their own set of challenges going into this first race weekend, but I believe both will cope admirably, and the whole team will be there to help and support them.

“This weekend looks set to be exciting, unpredictable and nerve-wracking – all in equal measure! Whether we have a race of endless incident, a procession, or a spate of mechanical retirements, I think we all go into this new era with the ambition and commitment to make it a great success.”