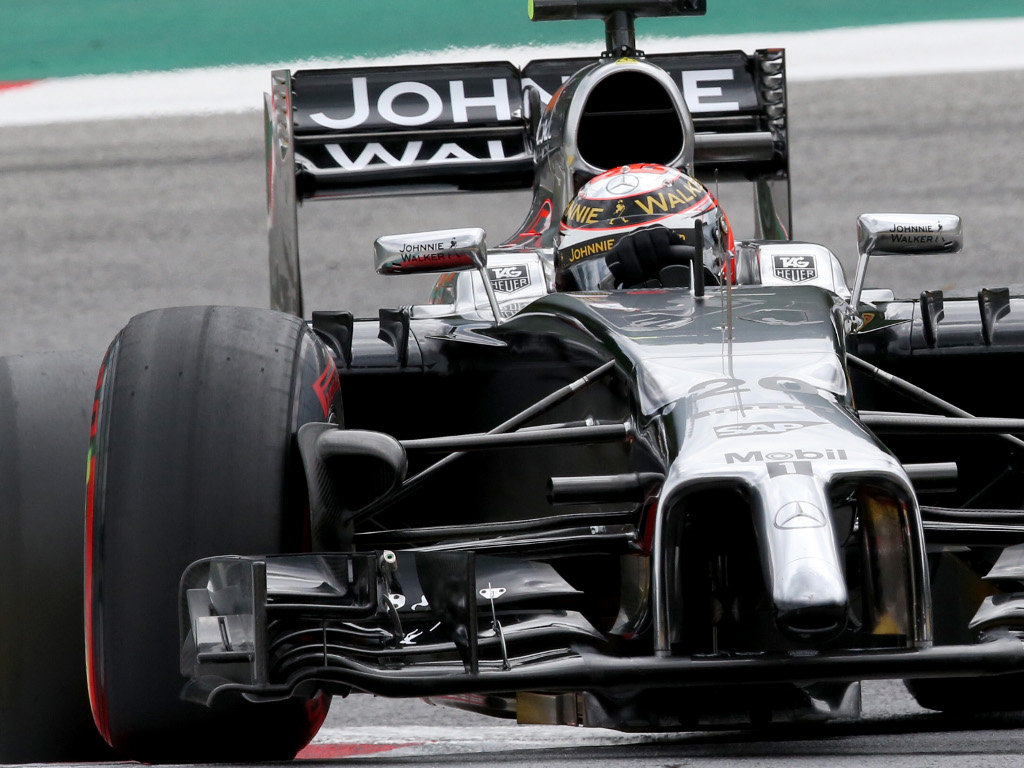 This year’s British GP will be an emotional one for Jenson Button while Kevin Magnussen will make his Silverstone bow.

Jenson Button: “The Santander British Grand Prix is one of Formula 1’s most important races because so much of our sport has been grown and developed using British technology, passion and determination. For any driver, your home grand prix is massively important – but, like Monza and Monaco, Silverstone is special for everyone.

“The fast corners of the grand prix circuit aren’t necessarily going to suit our package, but we’re bringing improvements to the car all the time, and we’re now seeing some really positive correlation between the tunnel and the track, which is encouraging for our ongoing development programme.

“Finally, and on a personal note, this race is going to be a special one for me because it was always such an important race for my dad. I’ll be wearing a special pink helmet for the race weekend, and I’m hoping people will enter into the spirit of supporting the #pinkforpapa effort to wear something pink on Sunday to honour his memory. He won’t be there this year, but he’ll always be with us in spirit – I hope he brings me some extra luck on Sunday.”

Kevin Magnussen: “I tested at Silverstone last year during the Young Driver Test, so it’s a circuit that I’m already pretty familiar with. It’s a great track, with lots of fast, sweeping turns – really enjoyable, and, with such high-commitment corners, a real challenge to wring the last few tenths from the car.

“For me, this race weekend will be a particularly important one because it’s the team’s home race – there’s an added pressure to do well in front of your home fans, and the families of many of the people who’ve worked so hard to put our cars on the grid. I know that this race won’t be best suited to our package, but I nevertheless hope we can repay some of their hard work this weekend.

“Racing at Silverstone is going to be something special for me: it’s a circuit with some of the richest history in Formula 1. It’s where the world championship started, it’s a race I grew up watching, and it’s a place where you can still feet a solid connection to the past. It’s an honour to be racing at Silverstone’s 50th grand prix this weekend – as a British team, I hope we can do something a bit special to mark the occasion.”

Eric Boullier – Racing Director: “For McLaren, Britain’s oldest and most established Formula 1 team, the Santander British Grand Prix is the most significant and important event on the calendar. It’s the race that connects us to our roots within British motorsport, and it gives us the opportunity to race in front of tens of thousands of British fans – the most knowledgeable, loyal and passionate motorsport enthusiasts in the world.

“As in Austria last month, the high-speed sweeps and esses of Silverstone won’t particularly suit the MP4-29 – our car’s package doesn’t excel around fast, long corners – but there were positives to take away from that race, so I’m hopeful that we can maintain that trend this weekend.

“For Jenson, his home race will be an emotional one, and I know that he’ll be pushing for a strong result to please the fans and honour the memory of his father. Kevin, too, knows the importance of racing in front of the team’s home crowd, and is very keen for another positive result. Both drivers have performed fantastically all season, and I know they’ll be pushing as hard as ever at Silverstone this weekend.”