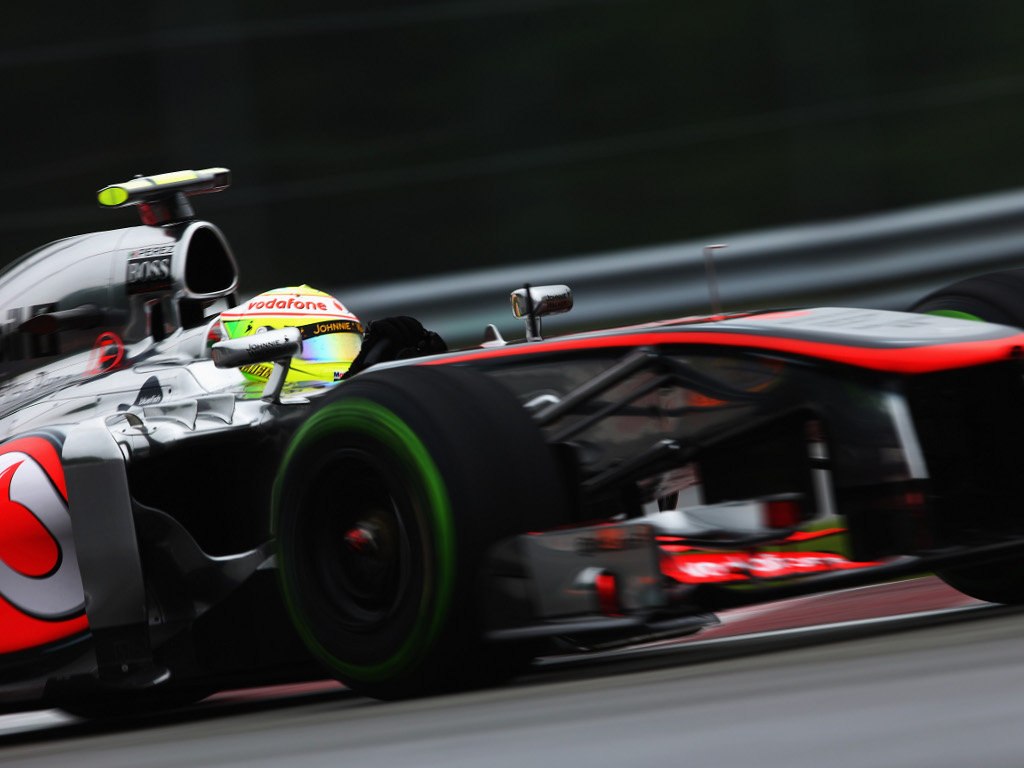 Jenson Button: “Any driver’s home race is a special thing, but racing at Silverstone means so much to me: it’s the place where I grew up watching Formula 1 – I first came here in 1994 – and it’s also a race that means so much to grand prix racing’s history and heritage.

“It’s just unique: to race on the same track as Fangio, Clark, Stewart and Senna is cool, and you always feel the echoes of the past when you arrive at the circuit for the first time. Even though it’s almost changed beyond recognition since 1950, and is now one of the best grand prix facilities in the world, it’s still lost none of that special atmosphere. I love it.

“One of the most amazing things at Silverstone has been the level of support I’ve seen every single year. From the garage, on the slow-down lap, on the drivers’ parade, or just on the way to the paddock in the morning, you see the fans cheering you on. Silverstone really reverberates to fan-power.

“After our difficult weekend in Canada, I’ll be hoping for a more representative weekend at home. Although the race in Montreal was disappointing, I still feel that it wasn’t a fully accurate reflection of where we are as a team – on a smoother track like Silverstone, I’m optimistic that we’ll fare better.

“Of course, I don’t want to raise everyone’s expectations: I think the fans know what to expect. For me, my goal will be to get the maximum from the package and to race as hard as I can – that’ll be a satisfactory outcome for me next weekend.”

Sergio Perez: “It’s exciting to be going to Silverstone for my first ‘home’ race with Vodafone McLaren Mercedes. Like McLaren, Silverstone is a place with an incredible amount of history – it’s cool that you can look at old black-and-white photos of the British Grand Prix and still clearly recognise corners like Copse and Stowe, and the Hangar Straight. It’s amazing to think that the circuit has been in use since the very first race of the Formula 1 World Championship.

“I like Silverstone, and I usually go well there: I had a good race in 2011, when I finished seventh, and I feel confident I could have had a points finish last year until I had an accident with Pastor [Maldonado]. After a tough weekend in Canada, we’ll be looking for a stronger showing in front of the team’s home fans. We are steadily making progress – I’m hopeful of a better showing next weekend.”

Martin Whitmarsh, team boss: “The Santander British Grand Prix is an extremely special race for everybody at Vodafone McLaren Mercedes. Of course, Silverstone is our home race, which naturally makes it feel different from every other event on the calendar, but, regardless, there’s a unique atmosphere on display at Silverstone.

“It’s a place where Formula 1 encounters both the support and expectation of the most passionate and knowledgeable crowd of the entire season. That can be uplifting and daunting in equal measure.

“The circuit itself is tough to master: it still retains enough of the original wartime layout to successfully link it to the past, but it’s probably the best example in the world of how a track can be updated and re-profiled in order to meet modern safety standards and yet still maintain the challenge required for contemporary Formula 1.

“Most importantly, it’s an absolutely fabulous high-speed challenge that the drivers love, and which provides the opportunity to witness Formula 1 at its unfettered best.”