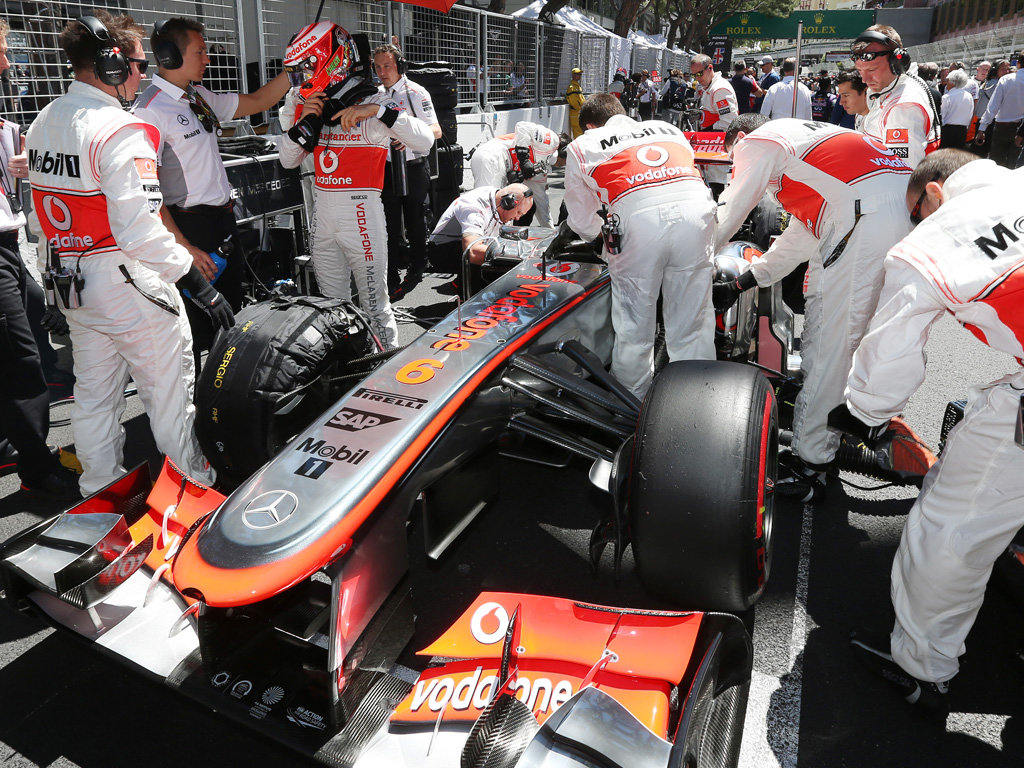 Although McLaren are not heading to Montreal with a “realistic shot at victory”, both drivers are hoping to at least see signs of improvement…

Although McLaren are not heading to Montreal with a “realistic shot at victory”, both drivers are hoping to at least see signs of improvement…

Jenson Button: “I’ve always enjoyed the Canadian Grand Prix – Montreal is one of the nicest cities on the calendar, we’re always made to feel welcome by the Quebecois, and it’s a race that everyone in Formula 1 looks forward to.

“Like Monaco, the Canadian Grand Prix can be something of an enjoyable lottery – but whereas Monaco is a low-speed, high-grip place, the Circuit Gilles Villeneuve is the opposite: high-speed and low-grip. It’s a mix that always comes together to provide the fans with great racing, which is another reason why it’s become one of the most popular races of the year.

“Going back to Canada always brings back happy memories of my race there in 2011. Coming through from last to first really does show that anything’s possible in Formula 1. While we won’t be heading to Montreal with a winning package, we’re making steady progress, and there’s always that added motivation that you can pull off a surprising result at this race.

Sergio Perez: “There may not be much to show from Monaco, but it was another positive race for me – we had stronger pace throughout the weekend, and I felt that I raced hard and fairly, earning my positions the hard way – by competing for, and winning, them on the track.

“There are plenty of positives to take forward to Canada. It’s a race I enjoy – I finished on the podium there last year; and I feel like the team is bringing performance to the car at every race. Although we’re still not where we need to be, I hope the Montreal weekend will be another step. At the very least, I think we can have a good weekend – it’s a race that can reward a fighter because it’s often so unpredictable.

“For me, racing in Canada is always special because it’s one of the three races closest to my home in Mexico. As in Austin last year, I hope there’ll be plenty of Mexican fans travelling up to Montreal to support me during my first Canadian Grand Prix for Vodafone McLaren Mercedes.”

Martin Whitmarsh, team principal: “McLaren has always gone well in Canada – we’ve won 13 Canadian Grands Prix – and while we’re not heading to Montreal next week with a realistic shot at victory, we well know that this is a race where an unexpected result is always possible.

“The Canadian Grand Prix is one of the highlights of the Formula 1 calendar, and a race that the whole paddock enjoys. It’s a showcase for F1 at its best – the track has a natural flow that encourages bold driving, but which punishes mistakes with narrow run-offs and uncompromising concrete walls. The track surface is abrasive and relatively gripless, and the long back straight is perfect for lengthy slipstreaming battles and overtaking.

“In addition, the Canadian and North American fans are passionate and knowledgeable about the sport – it’s one of those races that’s packed-out from Thursday to Sunday, and filled with a varied and exciting support race timetable.

“It’s one of the best races of the year.”