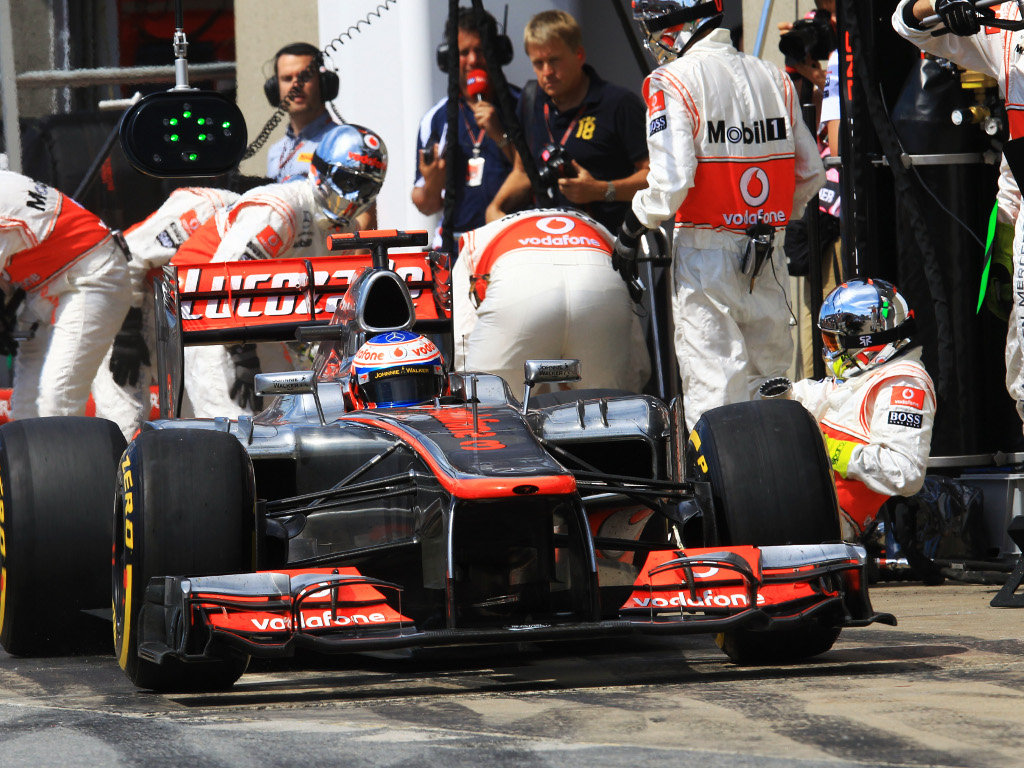 Back on the top step, Lewis Hamilton wants to hold onto his advantage while Jenson Button is in need of a change of fortune…

Back on the top step, Lewis Hamilton wants to hold onto his advantage while Jenson Button is in need of a change of fortune…

Jenson Button: Canada was just one of those weekends where things didn’t come together – after some difficult races, I really needed the track time on Friday to find a clearer direction with the set-up, and, unfortunately, that didn’t happen due to a number of technical issues. And I think that set the tone for the rest of the weekend: we lacked the data we needed to tackle the race and we struggled. Still, there were important lessons to be learned from those issues, and we addressed everything back at MTC once we’d returned from Canada in a bid to get a clearer direction for Valencia next weekend. A day like that is enormously productive and I think we covered a lot of ground.

“The last few races haven’t delivered the results I’d like, but there are still 13 races to go. We’ve had seven different winners and no clear championship leader has emerged, so I’ll be looking to get a decent result under my belt next weekend in order to get my title bid back on track. I know just how strong Vodafone McLaren Mercedes can be. Valencia is a track I really enjoy; I’ve already won on a street circuit this year so I’m definitely optimistic about having a great weekend and picking up the momentum again in the title fight.”

Lewis Hamilton: My win in Montreal was obviously an extremely satisfying moment for me – but, actually, it does very little to alter things in the world championship. Firstly, while it’s always pleasing to be leading the championship, I’m only two points ahead of Fernando [Alonso] – which is nothing, particularly when there are a handful of really strong drivers all separated by a couple of points, so there’s still everything to play for.

“Secondly, the intensity of this year’s championship means there’s so little breathing space – we may have won in Canada, but there’s an enormous amount of pressure to keep racking up good results at every grand prix. I think that consistency, rather than individual strong results, will be the key to winning this world championship, so we need to back it up in Valencia with another strong result.

“The circuit is quite tough – it’s a very technical track, with lots of slow- to medium-speed corners that require good traction and set-up as well as lots of precision. Towards the end of the lap, the track gathers speed and opens up, the sweepers leading to the pits are actually incredibly fast, and they’re all about correct placement of the car to ensure you’re well placed for the following corner. That’s probably the most satisfying part of the lap.

“People are always asking me to predict what will happen at the next race and I always tell them it’s really difficult to make an accurate prediction – but I’ll be heading to Valencia feeling super-motivated to get another strong result and maintain my momentum before we head into Silverstone and the Santander British Grand Prix.”

Martin Whitmarsh, team principal: “Victory in Montreal last weekend was extremely satisfying, and, while you’re only as good as your last result in F1, it’s done nothing to quell our determination ahead of next weekend’s European Grand Prix – which has traditionally been an extremely tough event. The city itself is an exciting edgy blend of the classical and the ultra-contemporary, and, as such, a perfect locale for one of Formula 1’s newest races.

“Given that the delta between ourselves, Ferrari, Mercedes-AMG and Red Bull Racing is so narrow, we’ll once again be pushing hard on both our operational and technical fronts to ensure we stay at the front. As always, we aim to bring at least an additional one-tenth [of a second] laptime benefit to each race, and we’re pushing hard to ensure we can over-deliver on that on as regular a basis as possible. It may sound like a negligible increment, but it could prove to be the difference between winning and losing the world championship.

“It’s certainly feasible that this year’s title could be won by a driver who scores only two or three grand prix wins, but who reinforces those victories with the most consistently solid approach. So, whereas in previous years, there was an emphasis on the ‘big’ results, this year it seems that minor points placings could provide a decisive edge in the title battle.”