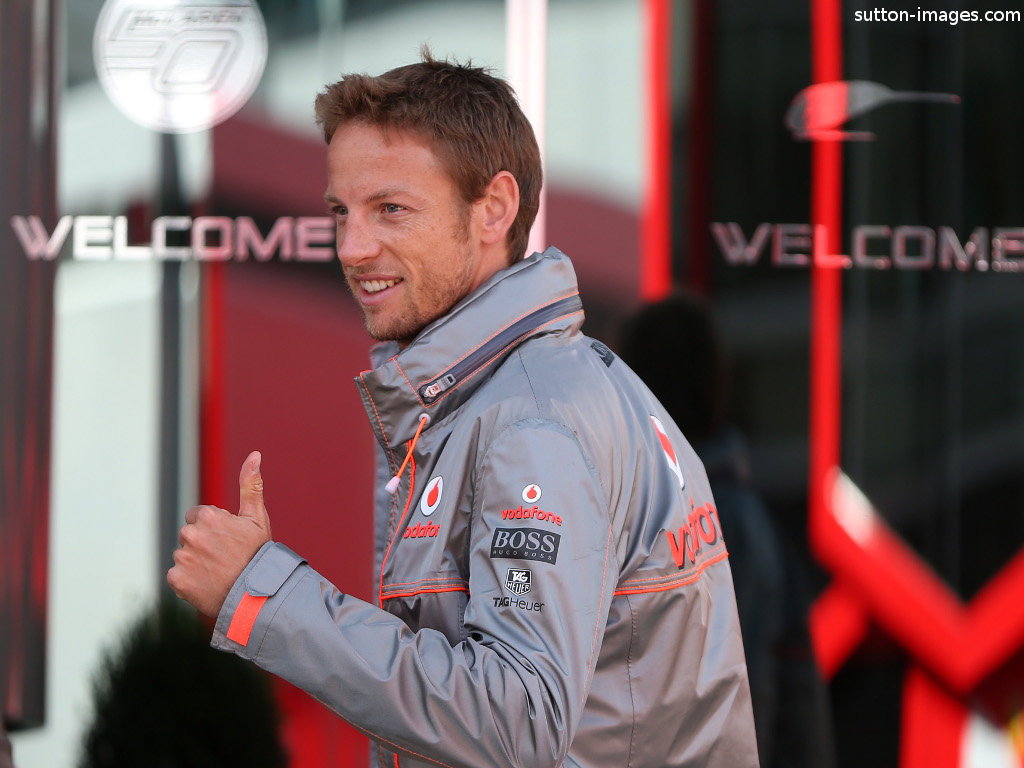 Jenson Button says Silverstone was “encouraging”, while Sergio Perez is happy to return to a track with a lot of good memories for him…

Jenson Button says Silverstone was “encouraging”, while Sergio Perez is happy to return to a track with a lot of good memories for him.

For all the latest F1 odds on the German GP, round nine of the 2013 F1 Championship, visit Sky Bet.

Jenson Button: “Of course, the Silverstone result wasn’t where we want to be, but there were some reasons to be encouraged by last weekend. Our car is now better balanced and more driveable, so we’re hoping for a rain-free practice day in order to further develop the set-up during Friday’s two free practice sessions.

“The Nurburgring is a track that seems to encourage close racing and plenty of overtaking. The combination of low- and medium-speed corners tend to allow cars to run quite closely, and there are a couple of big braking zones, where it’s quite easy to get alongside and steal the inside line. However, it’s got some nicely designed sections, which mean – equally – that you can lose out on the entry and yet still regain position if you have better traction and track position on the exit.”

Sergio Perez: “I’ve already put the disappointment of Silverstone behind me. In fact, I was more encouraged by the positives: I demonstrated strong pace all weekend, was having a good race and looked set to finish in the points, until my tyre failure in the closing laps.

“Naturally, these setbacks happen in motor racing, so it’ll be good to get back in the car just a few days after Silverstone and get back to business.

“I started my single-seater career in Germany, so it’s a place with lots of positive memories for me. I enjoy racing at the Nurburgring, it’s a place where you need to attack to get the best from the lap, so I think it’s well suited to my style. Of course, I’d have loved to have raced on the old track, the Nordschleife, that must have been an incredible place for a grand prix, but I’ll be happy with a positive result on the new circuit.”

Martin Whitmarsh – Team principal, Vodafone McLaren Mercedes: “After a difficult weekend at Silverstone, it’s a motivation for the whole team to return to the track just a week later for the German Grand Prix at the Nurburgring. It’s a very difficult technical challenge to the flat-out sweeps of Silverstone, requiring a higher downforce set-up to get the most from the twisting infield sections and high-traction corner exits from which much of the laptime is derived.

“Our aim for Germany will be to get our cars into the points after two successive failures to finish inside the top 10. Despite those disappointments, both Jenson and Checo have driven faultlessly, and both are relentlessly positive and upbeat. They have been a strong unifying force for the team as we continue to address the issues we’ve encountered with this year’s MP4-28.

“With more, uninterrupted mileage, we will be better placed to add performance to the car, so we’ll be hoping for good weather and the opportunity to learn as much as we can.”