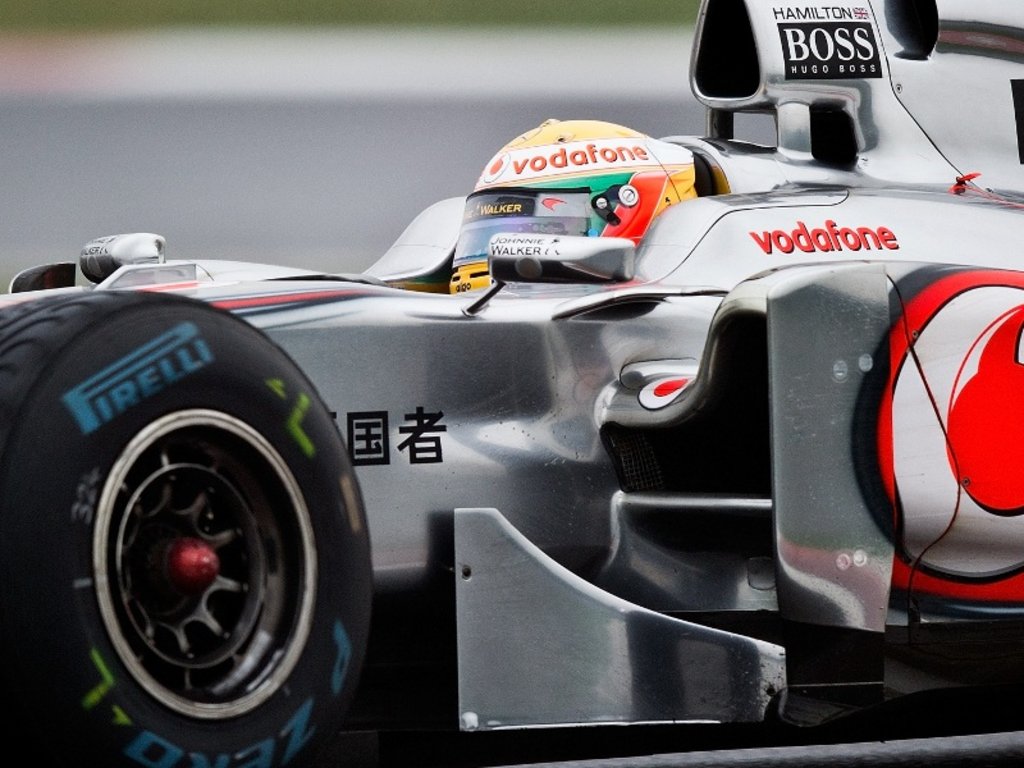 Lewis Hamilton
Q: Have you been to India before?
LH: Yeah, I’ve been a few times before – we’ve done a few Vodafone promotional days there. The last time was just crazy – just after Singapore, we did a demo run in Bangalore and were expecting 5,000 people to turn up. On the day, there were around 40,000 fans – it was just incredible.”

Q: Do you think India is looking forward to Formula 1?
LH: You can’t believe how many people are aware of Formula 1 and how many are looking forward to the race next week. There’s already a great deal of knowledge about the sport – I think it’s going to be a big deal. India’s a sport-mad nation – mostly, it’s about cricket, which is understandable because they’re a very successful cricketing country, but I really think the people of India are going to take Formula 1 to their hearts. The reception we’ve had in the last few years has been greater than I could ever have predicted and I think the whole country is ready for something new and something exciting. I really hope India will get turned on to Formula 1 in a big way – it would be amazing to have an entire continent supporting you – and I really hope we can put on a fantastic race!”

Q: Do you think Vodafone McLaren Mercedes will be competitive next weekend?
LH: It’s too early to say, but I think we’re set to be competitive at all of the final three races. We were quick at Singapore, Japan and Korea – and I think the pattern at the front has sort of settled down now as we reach the end of the season. I think we have a car that can be quick anywhere, so I’d like to think we’d be in the hunt again next weekend.”

Jenson Button
Q: What challenges do you face when learning a brand new track?
JB: The first time you run on a new circuit is a strange experience because you’re piecing together an incredibly diverse and vivid set of data in your mind. That’s quite an intense experience. You’re quickly gathering everything together – constantly assessing the grip-level, watching for unexpected bumps, checking the kerb-height, run-off areas, pitlane entry and exit, gradient. And that all happens at about 170mph!”

Q: What are your first impressions of the Buddh International Circuit?
JB: Well, I can’t really say properly until I’ve driven it. But the track itself has quite a nice mix of corners – the start of the lap is pretty stop-start, there are a couple of long straights mixed with tight hairpins, but it’s the end of the lap that’s more interesting: there are some pretty high-speed changes of direction through the esses and some gradient change. One of the things that looks really interesting is the double-apex banked corner at the back of the circuit – that’s pretty unusual. It’s sort of a mix between Turn 13 at China and Korea’s Turn 11.

Q: Are you looking forward to the race?
JB: I always look forward to the next grand prix. The word is that people in India are really excited about Formula 1 and the event – it’s important for the sport that we make a good first impression and I really hope we have a fantastic race. Our car’s been pretty competitive recently and we’d like to win more races before the end of the season.”

Martin Whitmarsh, team boss
Q: How important is the Indian Grand Prix for the sport of Formula 1?
MW: Certainly, every new venue we visit is important to the sport of Formula 1 and to our partners, many of whom have a considerable presence in India, and who are delighted by the prospect of the inaugural Indian Grand Prix. I think it’s important that the world championship is fully represented on the world’s stage – and a grand prix in India is certainly a very positive step. For Formula 1, the most important thing is to educate, nurture and cultivate our audience – I firmly believe that Formula 1 is the greatest sport in the world and I want us to spread that word across the whole Indian subcontinent. Secondly, we want to take Formula 1 to the people. I know that our partners such as Vodafone are already very actively engaged in this activity in India, but I think we’ve done the right thing by establishing the circuit close to New Delhi. Initial impressions suggest the track will be a good one, with particular regard paid to close and exciting racing. And I’m also told that the prospect of the grand prix is causing a great deal of excitement within the city and the country as a whole. So I think we’re doing everything right – and I sincerely hope we can walk away on Sunday evening having done a great job for the country and for Formula 1.”

Q: What is the atmosphere like within the team now that both world championships have been settled?
MW: There’s not been a great distinction: we go racing to win, and, as I’ve said before, that’s the firm intention we take with us to all remaining races on the calendar. We’ve made some good progress recently with the 2011 car and we feel we have a car that can challenge for victory at all the remaining grands prix. While we’re winding down the development of the 26 and ramping up development of MP4-27, we still have a few more opportunities to track-test components and developments that can be carried over to next year. And we take plenty of positives away from the last two races: I think Jenson’s win in Japan and Lewis’s drive in Korea were two of the best performances of their respective careers. Both drivers are motivated to win and want to lead the team through these final few races and into the winter. There’s a lot of positive energy back at MTC, and you’re seeing that at the racetrack, too.”