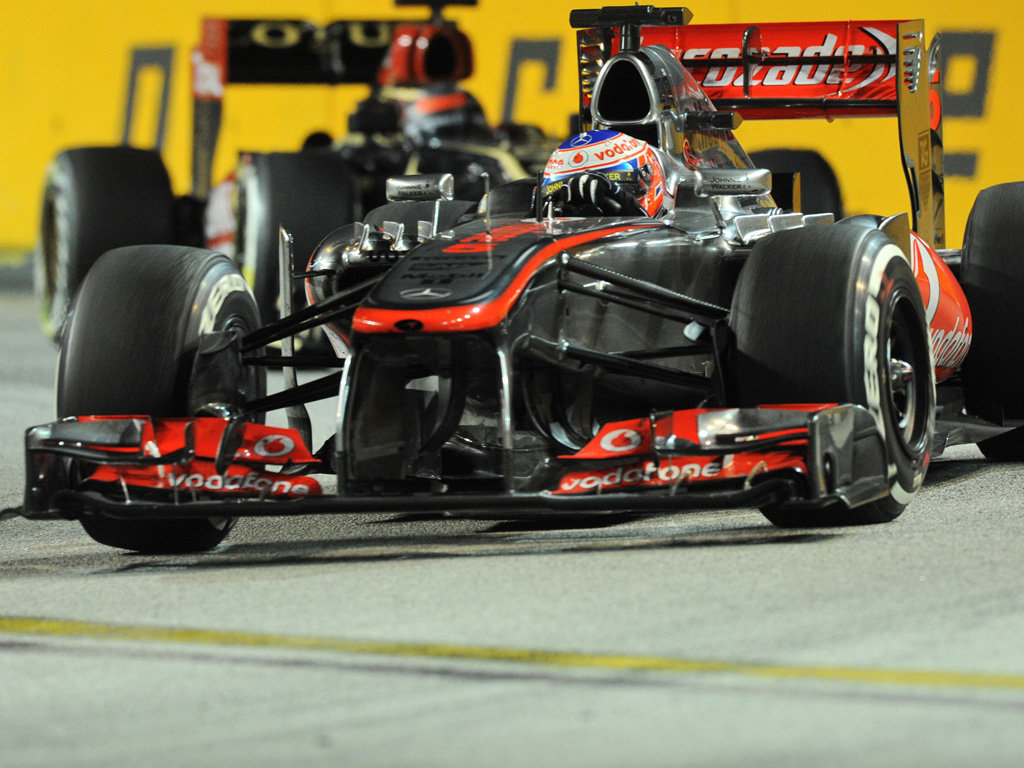 Jenson Button: “If there’s one circuit on the F1 calendar that hasn’t been particularly kind to me, then it’s the track in Korea. I had a pretty tough race there in 2010, an average race there in ’11, and I didn’t even have a race there last year – someone smashed into me at Turn Three on the first lap, and my race was over.

“Of course, it would be easy for that to make your head drop, but, in fact, the opposite is true: I travel to Korea next week even more determined than normal to reverse the trend, get the absolute maximum from the car and get a good result. I think we had a solid weekend in Singapore, the engineers, the strategists and the mechanics got the best from the car, and we couldn’t have realistically expected more. That’s the aim again next weekend.

“This is the first of three pairs of back-to-back races that conclude the season. I think it’s very important for us to further consolidate our position in the championship, so getting points in both Korea and Japan will be important.

“We go into this weekend with maximum commitment.”

Sergio Perez:“The Korea International Circuit is an interesting venue – it’s got two very distinct elements, the first half, which is basically a couple of heavy braking zones and three extremely long straights; and the final section, which is a long, undulating section with a mix of high- and medium-speed corners.

“It’s a somewhat technical course, one that rewards precision more than it does commitment, so the main challenge comes from dialing the car into the track, which is satisfying when you get it right because there’s a lot of time to be had from running a well-balanced car.

“The aim is also to have a car that works well in the principal overtaking areas – into Turns One and Three – which means making a little bit of a compromise to the set-up. That’s particularly important because it’s very difficult to overtake once you get into the twisty section, as there’s really only a single racing line.

“The Korean Grand Prix is a very tough race – it might not have that reputation, but, make no mistake, to do well here is always extremely rewarding.”

Martin Whitmarsh, team boss:“This final leg of the world championship – in which we’ll race in six grands prix in just eight weeks – is an incredibly tough physical feat. After 13 races, and with the prospect of many more weeks spent on the road and thousands of miles spent away from home, it’s essential to remain fit, focused and dedicated in order to stave off the inevitable burnout that comes at the end of such a long year.

“For Vodafone McLaren Mercedes, we go into these final races with the very clear intention of consolidating our position in the constructors’ championship. While improving our position sadly looks impossible, it’s important to consistently achieve top-10 finishes with both drivers in order to strengthen our points cushion over our closest rivals behind. We achieved that in Singapore and will be looking for similar performances from now until the end of the season.

“That may not be a particularly glamorous task for a team that enjoys winning, but it nonetheless calls for constant application, focus and commitment as we count down the remaining races during this important phase of the season.”