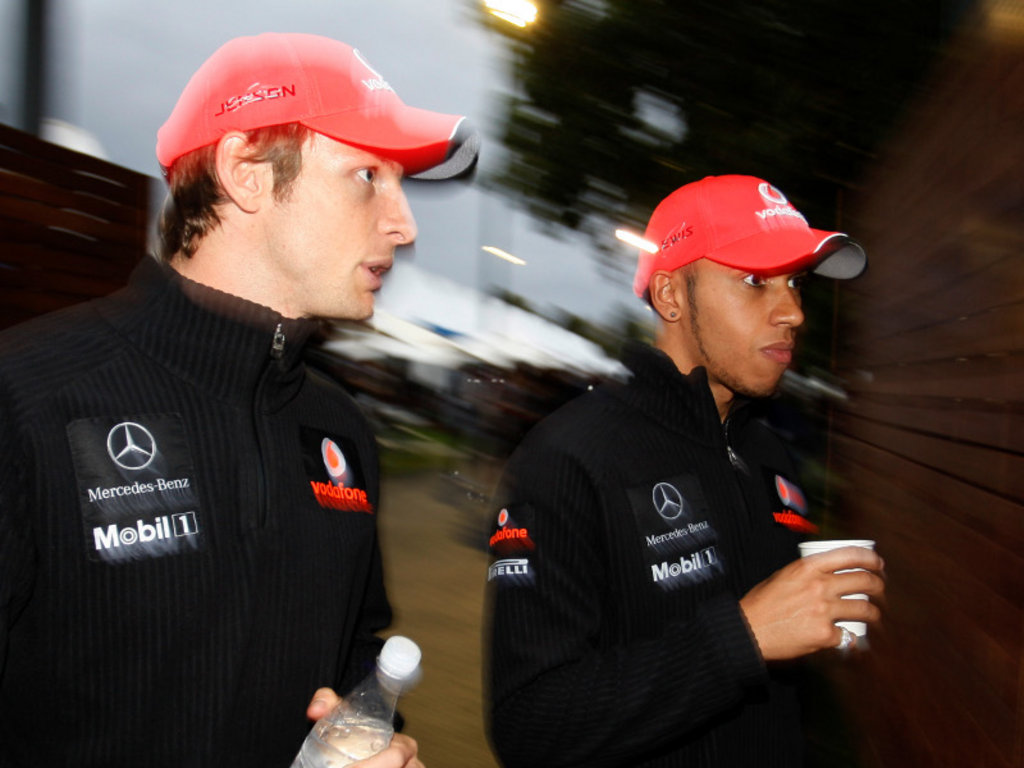 Despite showing massive signs of improvement in Australia, McLaren concede they still have a long way to go in Malaysia…

Despite showing massive signs of improvement in Australia, McLaren concede they still have a long way to go in Malaysia…

Lewis Hamilton: “Sepang is a circuit I really love. It’s big, fast and wide with some really demanding high-speed corners where you can find a lot of time if you’re really able to get the car working to its full extent.

“After the pace we showed in Melbourne, I think we can have another good race in Malaysia. Albert Park is a great track, but a circuit like Sepang is where the differences between the cars will start to become clearer.

“I’m really looking forward to using KERS Hybrid and the DRS too – the rapid change of direction you experience when the car is really in the groove is phenomenal around here, and I think both systems will make the cars look sensational, especially in qualifying.

“The team have looked into the floor failure we experienced in Melbourne: it seems like the bond between the bib and the chassis was damaged so the damage looked quite bad by the end of the race. It was good to see that the car could withstand that sort of punishment, but, even so, I’m looking to give it an easier ride in Malaysia next week!”

Jenson Button: “When I started in Formula 1, the Malaysian Grand Prix was one of the newest events on the grand prix calendar, but it now feels like an old favourite. I think Sepang’s a circuit that’s definitely improved with age: it’s always been a great track, but it feels like it’s grown into its own skin now, and is all the better for it.

“This is a track where you need a very efficient car – the corners here are big and will punish any car that lacks downforce. After Melbourne, when I really felt like I had a very solid car beneath me, I’m looking forward to getting out in practice to see how our package can adapt to this circuit.

“Obviously, one of the main considerations for the drivers is to ensure we’re properly hydrated throughout the race weekend. Until you’ve been to Malaysia, you really can’t appreciate what an oven it is – it’s the toughest race of the year physically, and a place where good base fitness carried over from the winter will stand you in good stead for the race.

“I won here in 2009 in some of the worst conditions I’ve ever experienced in a racing car – it was like driving through a river at some spots. Whatever the weather throws at us this year, I think we can have another strong weekend.”

Martin Whitmarsh, team boss: “Sepang is a demanding, high-speed circuit that is likely to showcase the performance of those cars with the best levels of grip and downforce, and which can best manage the tyres at what will be their hottest and toughest test so far.

“It goes without saying that Malaysia will be hot. It’s not only a severe test of each car’s cooling solutions, and with track temperatures expected to be between 20 and 30degC higher than anything else we’ve seen this year, tyre management will also be crucial.

“As with every season, we’re pushing hard to bring developments to the car for every race. We don’t think Melbourne showed us the best of our competitors’ pace, so that only makes us more motivated to bring as much performance to the table as possible.

“On paper, it looks positive: we were pleased that our Melbourne upgrade worked as expected, and the car’s performance around the high-speed elements of Albert Park suggests it will be able to cope around Sepang.

“Despite this, the reality is that there was a gap to pole position, and we finished second and not first. Our target is to close that gap and get Lewis and Jenson into a position where they can win.”